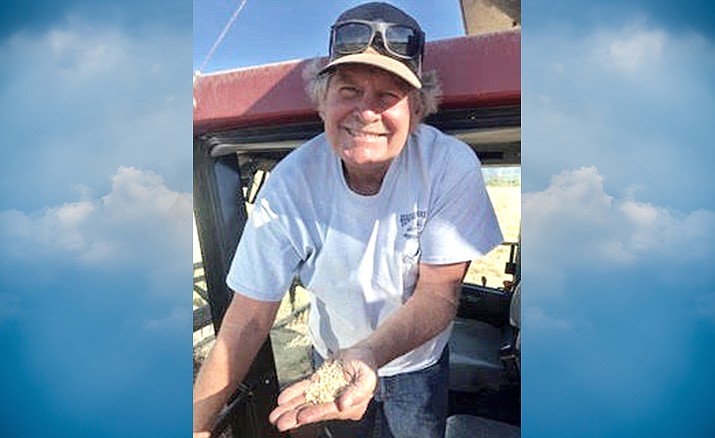 He passed away at home surrounded by family and friends who loved him.

Kevin was born in Phoenix AZ on November 29, 1960, and was the only son of Richard and Brenda Hauser.

When Kevin was eight his family moved to Camp Verde and began farming. From the beginning, he was his dad’s partner and together they established Hauser and Hauser Farms, which today produces walnuts and oranges in California and pumpkins, watermelons, alfalfa, barley and sweet corn in Arizona.

Kevin was a 4th generation farmer and loved everything about it. He was also a steward of the land and worked hard to protect it and the waters that supported the agriculture he loved. His partnership with the Nature Conservancy will help preserve the Verde River and its natural wildlife, protect his Camp Verde farms from future development, and ensure there will always be farms along the Verde River.

He loved life and never stopped thinking about new opportunities or a better way to do something. He was a man who never looked for conflict, only solutions. Kevin leaves a legacy built with resolve and hard work.

He is survived by his parents Richard and Brenda, grandmother, Naoma, sisters, Kim (Gregg), Kristi (Ron) and Kerri (Manny), his wife Claudia, daughter, Emily, sons Chance (Christine), Zachary (Sherry) and Ben, grandchildren Bentleigh, Brody, Cylo, Ivy, Owen, and Olive, and many aunts, uncles, and cousins. He was preceded in death by his daughter Shasta, his grandparents, and friends Trevor, Earl, Billy, and Jamie.

On Saturday January 11th at 11 am, there will be a celebration of Kevin’s life at the farm on 3100 S. Old Church Road in Camp Verde. A private burial service will take place at the Pecan Lane Farm following the service, where Kevin will be laid to rest in a beautiful spot he chose where he can keep an eye on the river, the fields, and his family.

In lieu of flowers, Kevin requested donations be made to St. Jude’s Children’s Research Center at stjude.org.