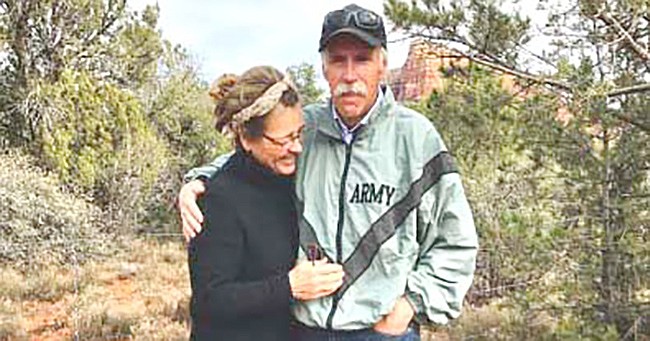 Kevin William O’Neil was born, September 14th, 1953, in the City of Orange, New Jersey to Charles and Norma O’Neil.

In 1956 Charles moved the family to Southfield, Michigan. Kevin would attend St. Bede Catholic Church and School and then Southfield-Lathrup High School (1971) getting involved in theater and running for the Track team.

In 1972 Kevin joined the Army, serving in Germany as a Social worker helping those who had experienced daily battles of the Vietnam War. As a SP4, he served his country with dignity and pride.

Upon leaving the military, Kevin pursued and finished his bachelor’s degree at Vanguard University (1979) in Social Psychology. Kevin was smitten by a blond beauty, who later admitted was ‘out of his league’.’ Still, Kevin married Diane Howell (1979), his first true love and had five beautiful children.

In 1981, Kevin answered the call to full-time ministry, in 1986 the family moved to Mexicali, Mexico to start a church plant. After 10 years, they did it again, this time, down to Cuenca, Ecuador. After the third church plant, Kevin and family returned to the States. In 2006, he accepted the lead teaching position with a small church in Camp Verde, Arizona where, because of the onsite of the Alzheimer’s disease, would retire (2015).

Kevin loved his Irish heritage; always a devout Detroit sports fan; a self-taught Master Puppeteer, who wrote and produced his own shows that helped church ministries with their programs. Kevin treasured his morning coffee and always chose Coke over Pepsi.

He enjoyed Diane’s awesome cooking, especially her famous Chicken Pot Pie. Kevin would volunteer with the Civil War Reenactment groups as a Confederate Chaplin wherever he lived.

He also enjoyed running for exercise and pure enjoyment. His last half-marathon in Detroit, at the age of 63, finished in the amazing time of 2 hours and 1 minute.

Although, Kevin’s biggest joy, outside of family, was Sunday mornings - for Sunday was God’s day. Those times he would passionately teach about Jesus. As a shepherd, his simple goal was to help the sheep by sharing, educating and encouraging all those who had an ear to hear. He loved seeing a life transformed. Always there for those who experienced the daily battles of life. Based on personal experiences, he offered hope, reassurance, healing, love and occasionally, a bottle of Coke.

He is also survived by four brothers, two sisters, numerous in-laws, aunts, cousins, nieces and nephews and many, many - many friends. Kevin will be missed…by one and all. “…He that overcometh shall inherit all things; and I will be his God, and he shall be my son” Rev. 1:7