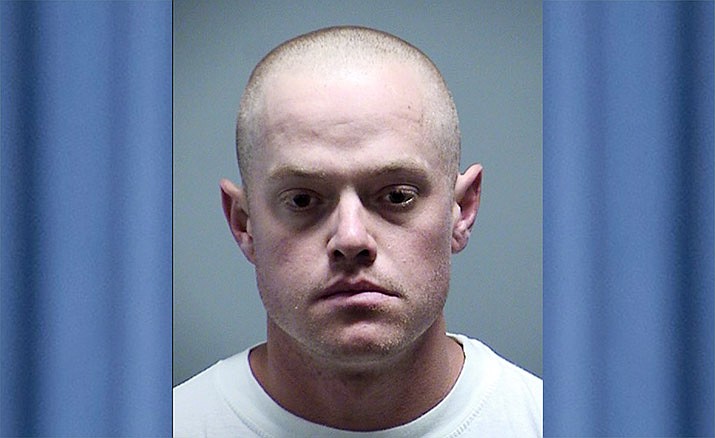 VILLAGE OF OAK CREEK — A man was jailed Monday morning after admitting to stealing a van — and Yavapai County Sheriff’s Office personnel also booked the man for arson.

MacKenzie Boswell, 31, of the Village of Oak Creek, was booked into the Camp Verde Detention Center Monday on charges that include vehicle theft, property theft, vandalism, trespassing, and unlawful burning. He remained in custody late Tuesday on a $5,250 bond.

Monday, at about 6:45 a.m., according to a YCSO report, an employee at the Circle K, 6000 block of State Route 179, in the Village of Oak Creek, called the sheriff’s office to report his 2004 maroon minivan had been stolen.

The victim acknowledged he had left the van running unattended to warm up while he was concluding his shift. After about 15 minutes, the employee went outside and the van was gone.

Deputies patrolled the area, and after not immediately finding the van, reviewed security video, which showed the van headed north on Highway 179 from the store. Just before 8 a.m., a deputy spotted the stolen van being driven through the parking lot of the Hillside Sedona Shopping Center in the 600 block of Highway 179.

Assisted by a Sedona Police officer, the deputy stopped the van and detained the driver, Boswell. During a search of Boswell, the deputy found almost $300 in the suspect’s pocket, which was later determined stolen from the van and belonging to the victim.

Boswell eventually admitted he stole the van, the report states. The deputy noted that in conversing with Boswell, he smelled like smoke.

Also at about 8 a.m., deputies were dispatched to the 100 block of Vista Mesa Drive in the Village of Oak Creek, regarding several small fires visible near a vacant home. Personnel from the Sedona Fire District were on scene, had the fires under control and were investigating.

Prior to the arrival of the fire personnel, neighbors worked to extinguish several fires. Deputies saw multiple areas of grass, weeds and bushes that had been burned in and around a large pond.

The vegetation was mostly dead and dry. It was determined the fires had been intentionally set — likely with a propane torch that was later found in the pond.

Deputies canvassed the area for witnesses and found a neighbor who had contact with a man named Boswell the previous evening. Boswell had come to his door asking for food and told the neighbor he was just out of rehab and staying in a barn next door. This barn is on the property where the fires occurred.

When arrested, Boswell also possessed a cigarette lighter, matches, a label from a fireworks package, and gloves. It was learned that the gloves were stolen from a neighbor on Vista Mesa Drive, a flashlight was recovered from the stolen van.

The propane torch had also been stolen from a neighbor. At that point, Boswell refused to answer further questions regarding the arson.