Nobody injured in Rimrock home fire 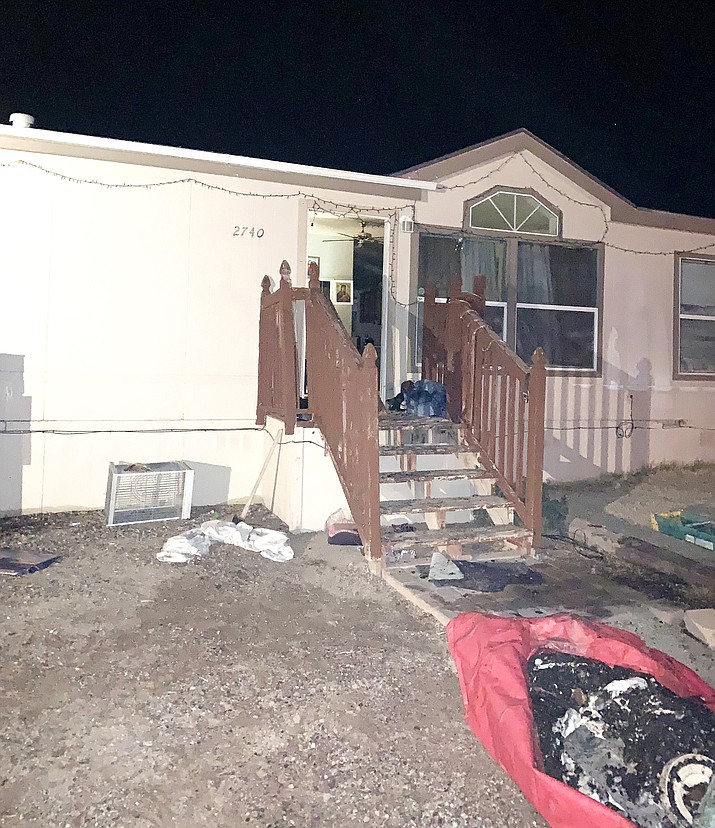 Copper Canyon Fire and Medical responded to a home fire in Rimrock at 2:42 a.m. Wednesday. Although nobody was injured, the occupants were displaced from the home, Copper Canyon Battalion Chief Eric Strauss stated Wednesday in a press release. Courtesy photo

RIMROCK — At 2:42 a.m. Wednesday, Copper Canyon Fire and Medical District stations 81 and 82 responded to a residential fire on East Outlaw Way in Rimrock.

Emergency crews arrived to a small residential structure “with smoke coming from a gable end on the roof line,” according to a news release from Copper Canyon Battalion Chief Eric Strauss.

Crews then deployed an offensive strategy, Strauss stated, by stretching hose lines into the structure. Once they entered the home, emergency crews found a small smoldering type fire in the attic space of the home.

According to the news release, the cause of the fire is still under investigation.