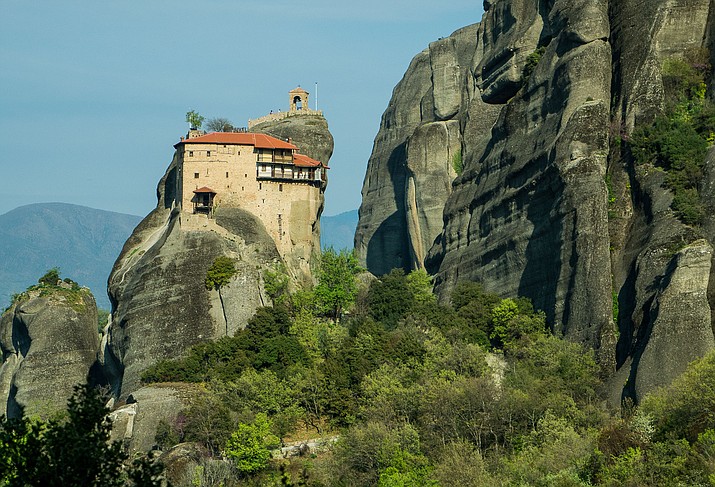 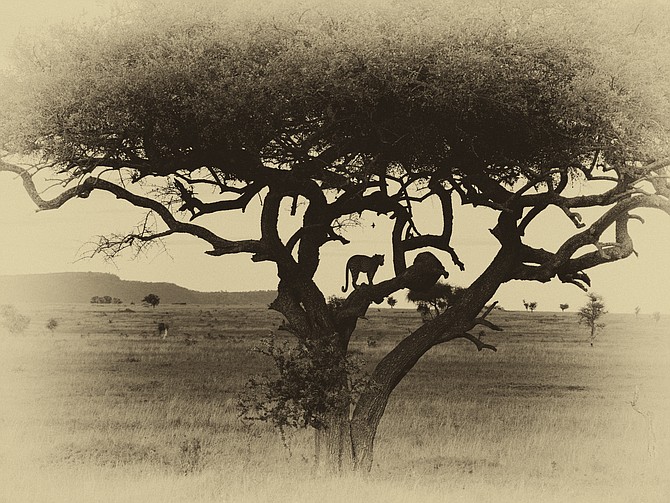 Leopard in a tree in the Serengeti, Tanzania, Africa by Bev Copen 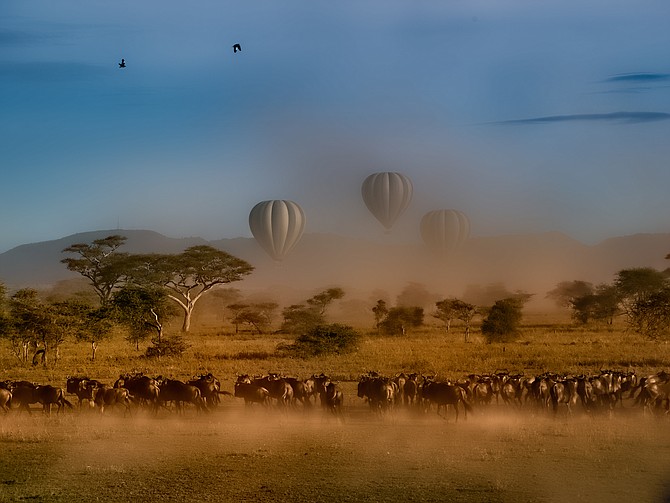 Image from hot air balloon of the Great Migration in Serengeti, Africa, by Bev Copen

From Africa to Asia, India to Cuba to Japan, you could say that whatever intrigues this highly visible Village of Oak Creek resident has her magic touch.

VOC’s Beverly Copen is a passionate professional photographer and winner of Arizona Highways grand prize in 2011. Her “Sunset of the Century” image of a century plant in her own yard is one of many award -winning photographs Copen has taken around the world. Her “good eye” captures it all with beauty and personality and is recorded in the four books she has written and have been published including Your Eyes are your Windows to the World and It’s Your Life, Isn’t it?

Copen has been a solo artist at the Phoenix Herberger Theater and the Sedona City Hall among many venues.

Her recent trip to view the African wildebeest migration is part of her YouTube video that will be premiered at an art reception on Jan. 30 at the Canyon Mesa Clubhouse, 500 Jacks Canyon Road, from 5-7 p.m. The public is invited to view her photographs, for purchase or to order, and other memorabilia such as calendars and booklets, and meet the artist. Donations from sales throughout the three-month exhibit will be given to the Verde Valley Caregivers.

It all started in Atlanta where Copen turned her talents from a successful model and talent agency to the burgeoning Georgia film industry. She was instrumental in creating a marketing plan for bringing motion pictures and commercials to the state while Jimmy Carter was governor.

That initiative now exceeds $9 billion annually. With substantial experience in sales and marketing, she has been featured at U.S. and international conferences and meetings to audiences eager for her thoughts on entrepreneurship, sales, writing, business development, publicity and promotion, often with emphasis on women in business.

For three years, Copen lived in Japan and is also published in that country with a book primarily for Japanese women, produced in Japanese. That book, It’s Your Life, Isn’t It? is now being revised in English for a global audience.

For some 16 years, Beverly Copen has been making her mark on the Village of Oak Creek and Sedona communities through active participation in education, mentoring and promotion. Her talent and deep commitment to community support the energy and excitement she brings to every project.

Visit Copen at www.beverlycopen.com or https://www.flickr.com/people/bkcopen and visit the Canyon Mesa Clubhouse (500 Jacks Canyon Road) through March to view her photographs.