Get your giggles when Zenprov presents ‘Laugh It Off!’ Jan. 18 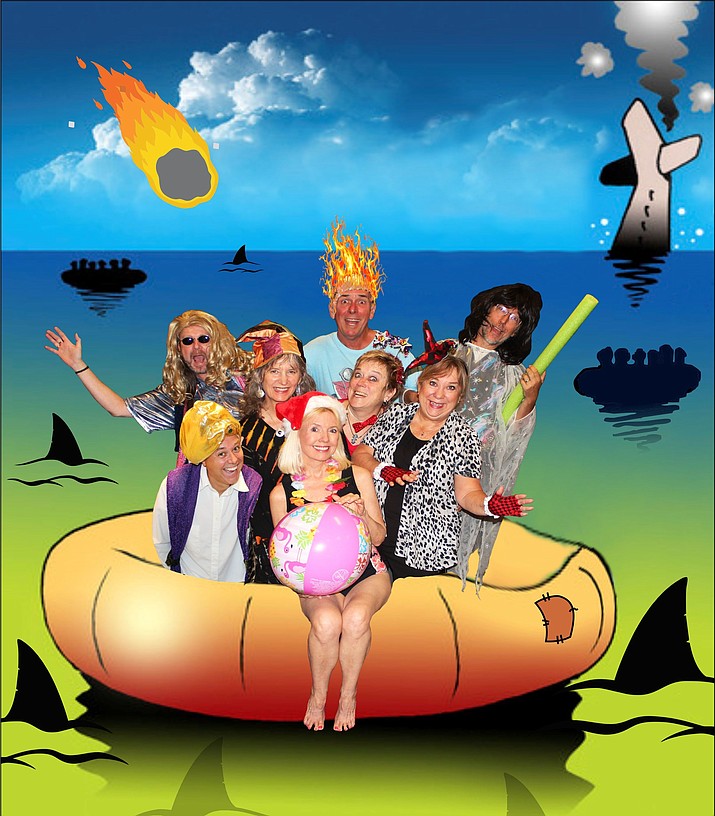 • Where: Mary Fisher Theatre in Sedona

Zenprov Comedy kicks off their second decade of improv comedy in Sedona with “Laugh It Off!” on Saturday, Jan. 18 at 7:30 p.m. at the Mary D. Fisher Theatre in Sedona.

If you’re a fan making the noise called laughter, you won’t want to miss this one-night-only performance.

“We warm up the audience with a big belly laugh at the beginning of each show. It always feels a little forced at first, but it soon becomes genuine,” said Derek Dujardin, director of Zenprov Comedy. “Even though we have a divided country and a fire hose of negative news and opinions, it’s good to remember that laughter is one thing that can still bring people together. Laughter is the greater unifier.”

To underscore this, the troupe is going to open their January show with an audience sing-a-long of Monty Python’s “Always Look On The Bright Side of Life” led by Chris Redish.

“I love that kind of irrelevant optimism,” said Dujardin, “I want to bring that spirit into this new decade.”

“Zenprov is the best comedy troupe in Arizona,” said Patrick Schweiss, executive director of the Sedona International Film Festival. “People were laughing so hard their cheeks were hurting.”

For more than a decade now, Zenprov Comedy has tapped into the rich source material that comes from living in a community steeped in spiritual seeking, UFOs, vortexes, self-help gurus, psychics and radical vegans.

While Zenprov Comedy’s may start in the woo-woo culture of Sedona, their otherworldly performances are grounded in the fundamentals of rock-solid improv work, inventive satire, and their constant search for big truths hidden within the great Cosmic Giggle.

If you’ve never attended one of their live performances before, Zenprov Comedy is similar to the popular improvised TV show “Whose Line Is It Anyway?”

The troupe performs both fast-paced short-form games as well as Chicago-style, long-from improvisations. Everything is created in the moment, based on audience suggestions.

Unlike sketch or standup comedy, nothing is rehearsed or scripted ahead of time. Best of all, it’s never the same show twice.

The Zenprov Comedy players embrace the Del Close method of improv acting, which emphasizes the “group mind” that mysteriously develops during a performance. Miraculously, the player’s minds fuse together to create a “super mind” where they practically finish each other’s sentences—and often do. Laughter ensues.

This one-night-only performance is expected to sell out so please purchase tickets early. Tickets are $12 and can be purchased online at www.zenprovcomedy.com, or in person at the box office for $15 the night of the show with check, cash or credit card.

The Mary D. Fisher Theater is located across the street from the Harkins Movie Theater on 2030 St. Rt. 89A. Doors open at 7 p.m. Shows are rated PG-13 (Shows may contain a little adult material, themes and language) and run approximately 90 minutes. Visit www.ZenprovComedy.com to learn more.