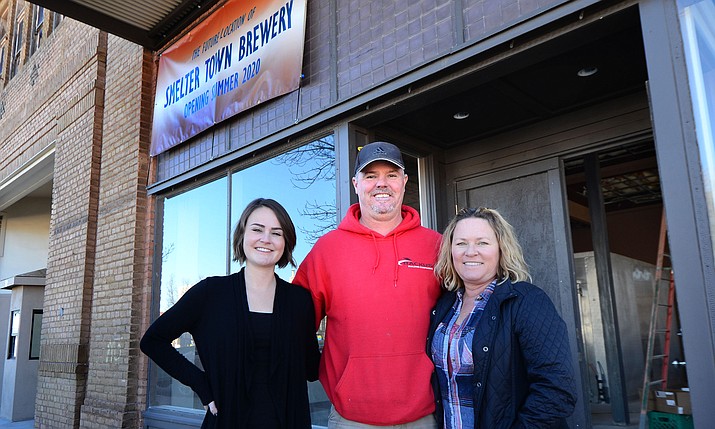 The Park Hotel will be ready this spring, according to the owners Becky and Craig Backus. Daughter Allyn Backus, left, will run the Smelter Town Brewery, inside the hotel, which should be open this summer. VVN/Vyto Starinskas 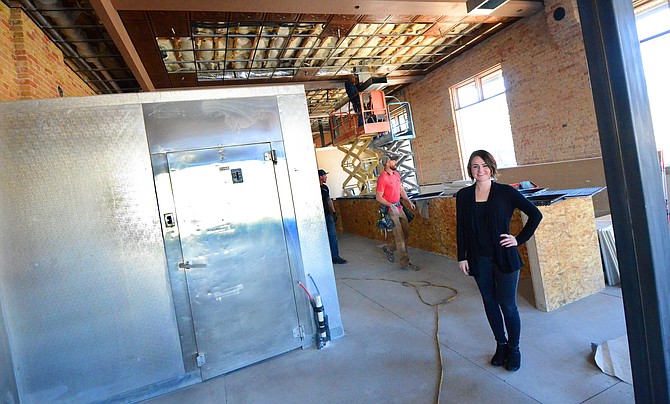 Allyn Backus shows off the new bar under construction at the Smelter Town Brewery in Clarkdale. VVN/Vyto Starinskas

CLARKDALE -- Construction on the Smelter Town Brewery and the Park Hotel in Clarkdale is closer to completion and owners hope to open soon.

The Smelter Town Brewery will be inside the 100-year-old two-story hotel that overlooks Main Street Park and historic Clarkdale.

The hotel, which will have seven rooms that will be booked on the web and have a turn-key system with no front desk, should be ready this spring, according to the owners Becky and Craig Backus and daughter Allyn Backus, who will run the brewery.

The craft-beer style brewery should be open by this summer, they said.

The family is still trying to determine the exact number of barrels to construct in the brewpub, but the beer will be brewed and served at the hotel’s new bar and lounge.

Carpenters were putting finishing touches on the lounge Wednesday. The building has retained much of the old windows and brickwork in its remodeling.

There will be eight steady locally-made beers on tap, he added.

Backus said they would have a small amount of food, but not a full-restaurant. However, they plan to have food trucks serve food outside the brewpub adjacent to Main Street Park.

Allyn Backus said they will have live entertainment at the lounge with music such as bluegrass. They have a garage door that opens up to special events.

Since they have a brewery license, they can only sell beer right now, she said, In the future, they hope to have wine and a full bar, she added.

Becky Backus said the project, which is being done by her husband’s construction firm, Backus Building Co., is a passion project for the couple, who now live in an apartment next to the hotel.

Even though the hotel does not have a front desk and guests pay on-line, Backus said she and her husband are right next door and have an office in the hotel.

“We’ve had so much support” from the Clarkdale community, explained Backus.