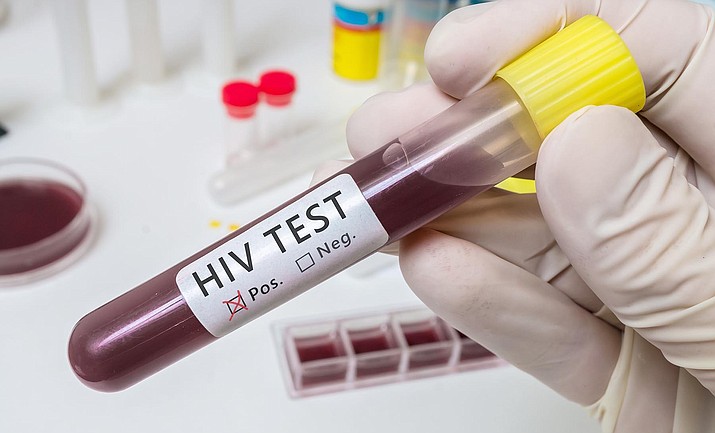 YAVAPAI COUNTY — Why was Yavapai County the site of a sudden, albeit mild, surge in its number of newly diagnosed human immunodeficiency virus cases in 2019? And why did that spike eventually level off?

Lack of specific education on the subject is how HIV made it back onto Arizona’s list of major health concerns, say some who work in treatment and data associated with HIV.

In Yavapai County, according to Sally McCoy, Public Health Nurse Supervisor for Yavapai County Community Health Services, HIV and the Acquired Immunodeficiency Syndrome it causes, better known as AIDS, both have not been the biggest health topics in northern Arizona, as there have not been many new diagnoses in recent decades.

“Typically, Yavapai County has one to three new HIV positive cases in a given year, and an additional two or three people who move to our county already knowing that they are HIV positive,” McCoy said. “In 2019, we experienced three times the normal number of new cases.”

Following that spike in numbers in early 2019, Yavapai County Community Health Services did not have any reports of newly diagnosed HIV cases among anyone residing in the county over the final four months of 2019.

McCoy said healthcare professionals never really know all the factors that lead to spikes or drops in certain diagnoses. However, health education, and lack thereof, is always considered in examining trends.

“It is difficult to pinpoint what caused our rapid increase in overall HIV positive cases,” McCoy said. “Yet we know that the most common ways to transmit it are through unprotected sex or sharing IV drug needles.”

McCoy said YCCHS asked the Arizona Department of Health Services to help offer additional support, and ADHS has allowed Yavapai County to hire one additional staff member to increase education, along with access to free HIV testing in the community.

“We will continue to encourage folks to get tested and provide resources to those living with HIV — or at high risk — to help prevent the spread,” she said. “Everyone should know if they are HIV positive or negative.”

Statewide, according to the U.S. Center for Disease Control, there were 812 cases diagnosed in 2018 in Arizona, up from 728 in 2017, with all but six of the 2018 cases being in adults. With Arizona’s fast-growing population, its rate of 11.3 diagnoses per 100,000 people puts it in the middle of the pack nationally.

In 2019, Arizona’s Maricopa County was identified by the CDC as one of 48 counties, among 3,000 counties nationwide, with unusually high HIV infection rates.

Glen Spencer has been the executive director of Aunt Rita’s Foundation — a Phoenix-based nonprofit devoted to eradicating HIV and AIDS — for about four years. He’s seen the virus lose its place, through the years, in the health education world.

“We’re not seeing or hearing about HIV or AIDS from teachers or other educators now, especially in public K-12 schools,” Spencer said. “Even the most-informed parents often fall short of a full health curriculum that covers those topics.”

Aunt Rita’s Foundation, in a partnership with the state’s Department of Health, launched the “Get Tested AZ” initiative in November, helping provide more than 100 test sites statewide for confidential HIV testing.

There are two Sonoma Quest Labs locations in the Verde Valley that are part of the initiative, and conduct tests: in West Sedona, 2300 State Route 89A, and in Cottonwood, 203 S. Candy Lane, Suite 4-B.

More testing sites can be found at gettestedaz.org/locations.