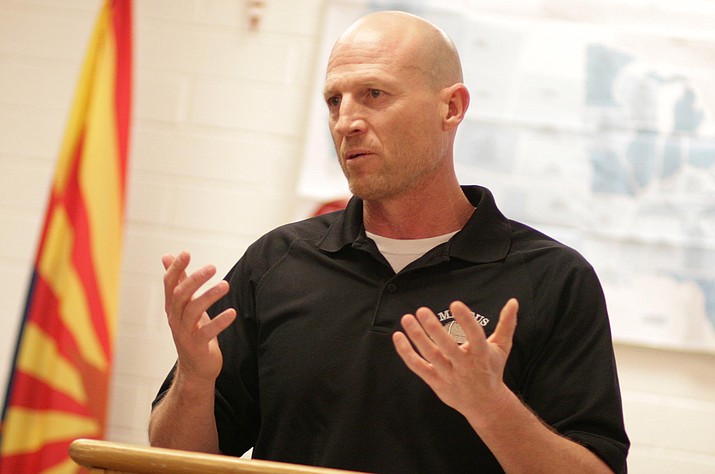 COTTONWOOD – If Mingus Union High School chooses to implement randomized drug testing of its student athletes, District Superintendent Mike Westcott said Wednesday it will be a matter of intervention.

Tuesday, Athletic Director Yancey DeVore will tell the district’s governing board what the school knows – and is yet to know – as it considers randomized student drug testing.

“The primary concerns of our stakeholders have been recreational drugs,” Westcott said. “There’s been very little concern – not no concern – about the PEDs.”

As Mingus Union is still exploring the cost to run a randomized student drug testing program, Westcott also said that the “cost expands if you expand the amount of drugs you test for.”

DeVore said Thursday that Mingus Union is “looking at a grant to cover some of the costs.”

“I am waiting for more information from the hospital on drug testing logistics and cost,” Devore said.

If Mingus Union decides to implement randomized student drug testing, Westcott said it would be no earlier than the 2020-2021 school year.

Also Tuesday, Mingus Union is expected to elect its president and vice president for 2020. In years prior, the vice president had held the title of clerk. Westcott said that the board will likely change the clerk title to vice president.

A copy of the Jan. 14 agenda can be found at mingusunion.com.