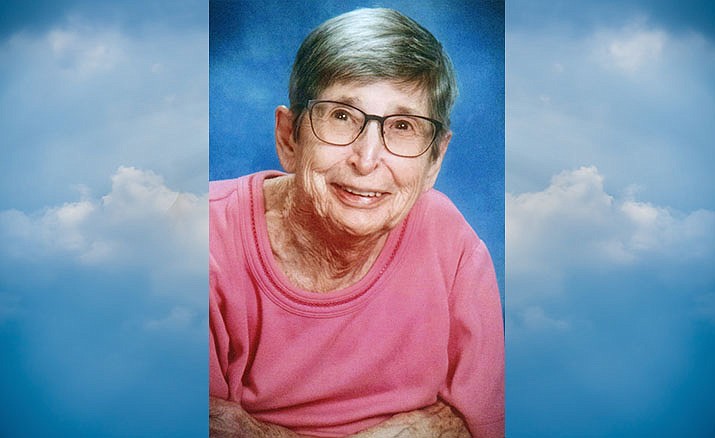 Dorothy Enid Grace Anderson, 93, of Cottonwood, Arizona, joined her Lord and Savior Jesus Christ when she departed this Earth on December 28, 2019 in Cottonwood.

She was a retired registered nurse from California who earned her nursing degree at the Toronto General Hospital, Canada in 1948 before coming to the U.S. in 1950.


She married her soul-mate Walter R Anderson of Spirit Lake, Iowa in 1952 in Glendale, California and they had 3 children.

Walt and Dorothy came to Cottonwood in 1988 from California and she was involved in helping those affected with Environmental Illness (EI) which affects the immune system.

She and Walt were active members of the Verde Community Church since 1988.


Dorothy’s husband Walt proceeded her in death in 2001.

She is survived by her two daughters, Sharon M. Miller and Judith M. Snively and her son, Kenneth R. Anderson.

If bad weather, the service will be moved to Westcott Funeral Home, 1013 E. Mingus Ave in Cottonwood.

In lieu of flowers, we are accepting donations for a Memorial Park Bench to be placed at Dead Horse Ranch State Park.

Gifts can be given to Michael Snively (son-in-law) toward the cost of the bench.