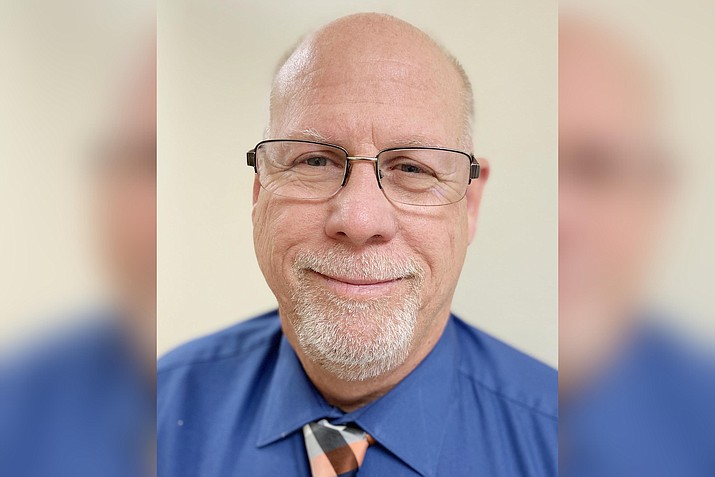 CAMP VERDE — When Commander Brian Armstrong announced his retirement from the Camp Verde Marshal’s Office, Marshal Corey Rowley decided to not replace him.

Rather than hiring a new second in command, Rowley decided to promote two of his sergeants to lieutenant. Late last year, Dan Jacobs was promoted to patrol lieutenant, and on Wednesday, the Marshal’s Office officially introduced Steve Butler as its new administrative lieutenant.

Butler, who has been working in law enforcement since 1990, had been sergeant at the Marshal’s Office before he was promoted. For the career law enforcement officer, the promotion “validates the work I have been doing in my career, and my skills are being recognized.”

“I have always worked towards moving up in my career,” Butler said. “This opportunity just came at the right moment for me.”

According to Rowley, the department’s new administrative lieutenant will no longer be on patrol as his new assignment requires “many meetings and research in the office.” But Butler will still be available to participate in DUI shifts and other police activities, Rowley said.

Butler’s primary responsibilities will be to oversee the department’s accreditation process and oversee civilian divisions such as records, evidence, dispatch division and the VIP program. Butler will also be responsible for writing new policy, oversee internal investigations, and identify the department’s liability issues. “Butler already has extensive skills in these areas,” Rowley said.

Whether on patrol or now in a more advisory position, Butler said that he is committed to promoting and assisting with the development of the department’s long term goals and objectives.

“This will be done with professionalism and best practices in law enforcement,” he said.