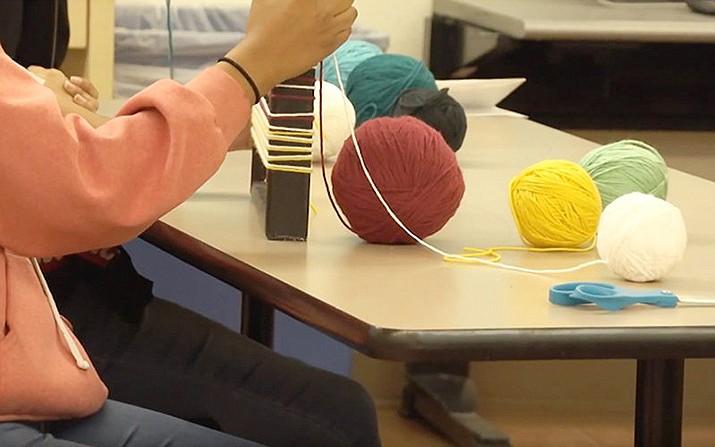 At Salt River Schools, the O’odham language is being taught to seventh graders as a requirement, even though it’s not widely spoken in the Salt River Pima-Maricopa Indian Community.

Salt River elementary and high schools are committed to honoring and integrating O’odham and Piipaash language and culture in all facets of education, according to their website.

“It helps build their sense of identity, because most of our students have been told ‘Language is important, you need to know it’,” said Kino Reed, who teaches Native studies. “But the reality of it is that they don’t always have the outlets to learn from."

Headed by a language and culture team, the schools hope to have every student know a couple hundred O’odham words by the end of their high school years. But the effort goes beyond language. Salt River students also are weaving baskets, using a textile loom, making sashes and copying petroglyphs – just like their ancestors.

“We’re weaving like them, we’re building like them,” said Kira Zotigh, a student. “We’re basically learning how their life was, but doing it (in the) present.”

The students want to pass on these traditions to future generations.

“Something that I feel would be nice for other people in the future to learn, so our tribe really doesn’t go extinct or just disappear,” Zotigh said.