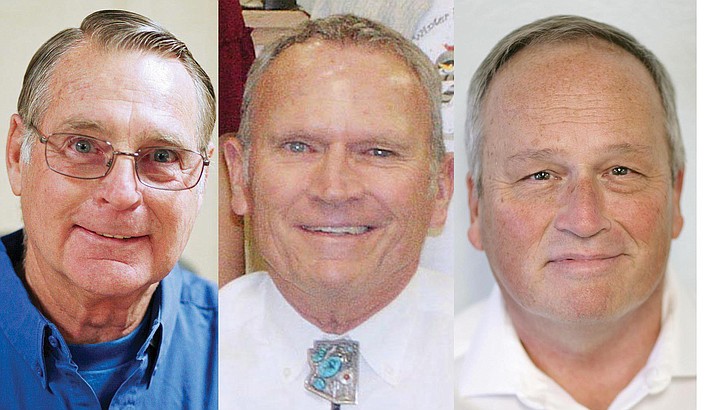 CAMP VERDE — A former Camp Verde Planning and Zoning commissioner has filed a complaint with the town for being asked “questions in an interrogative manner” at council’s Jan. 8 meeting.

Bruce George, seeking reappointment to Planning and Zoning, stated in a Jan. 13 complaint to the town that Council Member Joe Butner asked questions “trying to introduce some unsubstantiated allegations that only he knew about.”

Those unsubstantiated allegations had nothing to do with Camp Verde planning and zoning issues.

Butner was not the only council member who knew about the complaint against George, which was called in to the Camp Verde Marshal’s Office just before 6 p.m. Friday, Dec. 13.

On Dec. 19, Council Member Bill LeBeau filled out a public records request for the Dec. 13 incident. LeBeau, in a Jan. 13 email to the Verde Independent, acknowledged that he “requested and received a copy of the aforementioned police report from the Marshal’s Office” but added that he would “withhold comment … for the present time.”

At council’s Jan. 8 meeting, Butner passed out copies of the complaint to the other attending council members. The copy Butner handed out only included the original complaint, but not the follow-up police interview with George in which he flatly denied the accusation. The copy Butner distributed was stamped “Dissemination Restricted.”

No criminal charges have been filed against George.

“Unfortunately (Butner) did make these allegations part of the public record,” George stated in his complaint. “This was very unprofessional conduct and is against all the rules in the town code of conduct.”

According to Section 3.8 A5, town council “will not tolerate harassment, personal attacks or discrimination against each other or by members of appointed boards, boards, commissions or committees … elected officials who violate this section may be subject to the provisions of Section 15.11 Sanctions.”

Town Manager Russ Martin said Tuesday that he, Mayor Charlie German and the town’s attorney will meet with Butner before deciding whether or when to agendize any further discussion relating to the complaint.

“I’m sure this will go back to council in some way,” Martin said.

On Jan. 10, Butner refused to answer the Verde Independent’s questions about the December complaint against George.

After Butner passed out copies of the Dec. 13 complaint against George, council took a 10-minute recess. During the recess, George left council chambers after he told Martin he was withdrawing his application for reappointment to the commission.

“Nobody who is volunteering their time for the benefit of Camp Verde should be treated in the manner that I was subjected to during this council meeting,” George said.

George said he is not sure whether he will reapply for the opening on Planning and Zoning.