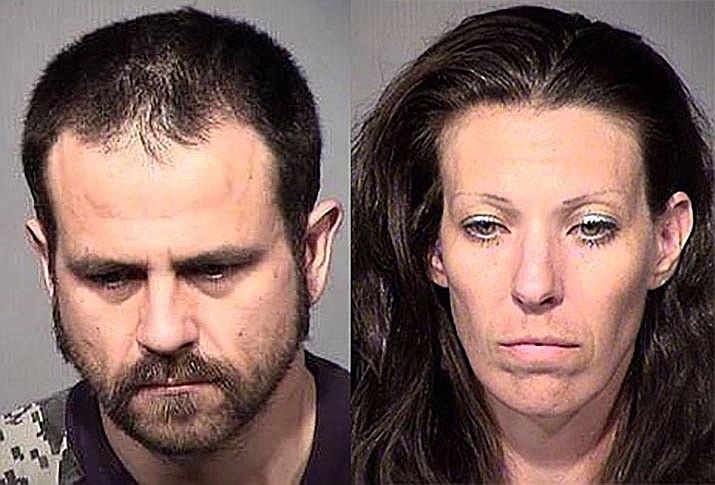 Marisa Claire, 38, on the right, pleaded guilty to two counts in Maricopa County Superior Court last week in a sex abuse case. Brandon Dunlap, left, was found deceased in late July of 2018 in Phoenix after the indictment.

PHOENIX — A former Sedona woman indicted on child molestation and other charges agreed to a plea agreement last week just before her trial was set to begin.

Both crimes are Class 3 felonies and are considered second-degree dangerous crimes against children.

According to Katie Conner of the Arizona Attorney General’s Office, Claire will be sentenced on Feb. 20 to five years in the Arizona Department of Corrections and a term of supervised lifetime probation to begin upon her release from prison.

Claire was due to stand trial beginning Thursday, Jan. 16. She was facing one count of molestation of a child, one county of sexual conduct with a minor and two counts of sexual exploitation of a minor.

Claire was indicted by a state grand jury in the spring of 2018 based on evidence that includes a video in which she and Matthew Dunlap allegedly molested a 7-year-old girl.

Court documents allege the abuse occurred in July 2016. Dunlap was identified, along with Claire, in a May 2018 news release from the Arizona Attorney General’s Office.

Dunlap had been indicted on 33 counts, including sexual exploitation of a minor, sexual conduct with a minor and furnishing harmful or obscene materials to a minor. He was found deceased in late July of 2018 in Phoenix after the indictment.

The alleged abuse began in 2016 in Coconino and Yavapai counties. Dunlap was accused of taking videos of the sex acts on his phone and/or tablet.

Claire allegedly participated in at least two instances of abuse on video. The allegations came to light when the victim told her parents about the videos and her parents called police.

Both Dunlap and Claire were living in the Phoenix area when arrested.