Two arrested, one at large in Speedway robbery 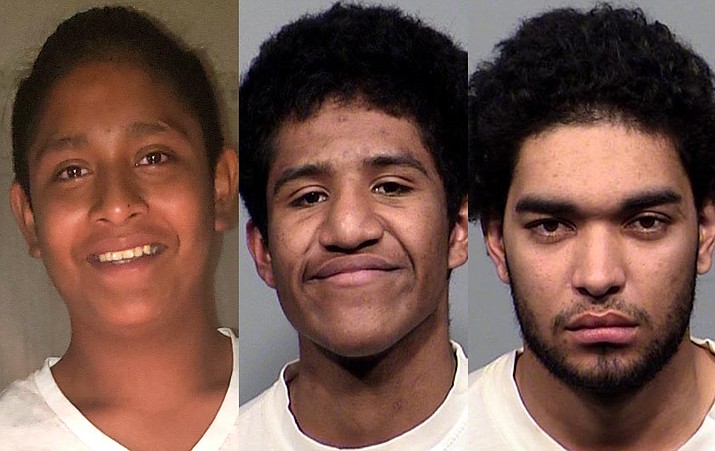 COTTONWOOD — Thanks to help from the public, Cottonwood police have made two arrests in connection with the Jan. 7 robbery at the Speedway gas station and convenience store at 999 S. Main St. in Cottonwood.

According to a news release Wednesday from the Cottonwood Police Department, detectives arrested 21-year-old Antwon Gyce and 22-year-old Anthony Green, both from Clarkdale, on Jan. 9.

Gyce and Green were charged with armed robbery, aggravated assault and theft. Both are being held on a $50,000 cash only bond.

During their investigation, detectives learned that Gyce and a 14-year-old boy were the ones who entered the store with handguns and robbed the clerk, the news release stated. Green was the get-away driver.

The 14-year-old has been identified as Marcelino “Danny” Baltazar, who is still at large, the news release stated. Cottonwood police ask for the public’s help in locating Baltazar, whose last known location was the Yavapai-Apache Nation Reservation in Clarkdale.

According to police, Baltazar is about 5-foot 11-inches tall and weighs about 200 pounds. He has black hair and brown eyes. Baltazar is considered armed and dangerous.

Silent Witness is offering a $1,000 reward for information that leads to Baltazar’s arrest.

EDITOR’S NOTE: The Verde Independent generally does not publish names of minors involved in a criminal investigation; however, the newspaper is making an exception in this case due to the severity of the situation.