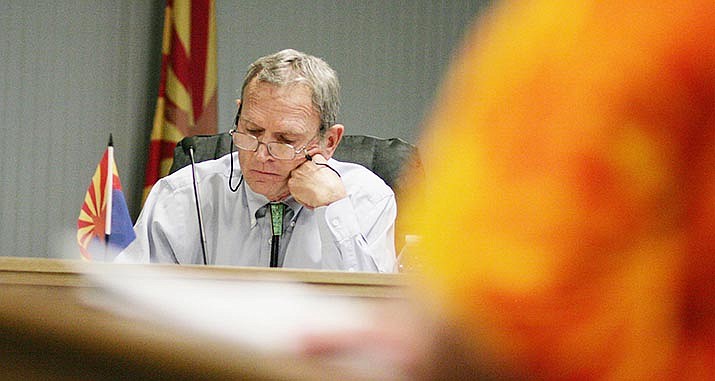 CAMP VERDE - One person called for censure. Another called for removal.

Wednesday, four Camp Verde residents told town council members why they believe Joe Butner was unfit to sit amongst them.

Butner was not allowed to respond, as council’s call to the public is a time for the community to discuss items not on the agenda. As these items are not agendized, council cannot discuss, consider or rule on anything spoken.

Bruce George has filed a complaint with Camp Verde for being asked “questions in an interrogative manner” by Butner at council’s Jan. 8 meeting.

George, seeking reappointment to Planning and Zoning, stated in his Jan. 13 complaint to the town that Butner asked questions “trying to introduce some unsubstantiated allegations that only he knew about.”

“Unfortunately (Butner) did make these allegations part of the public record,” George stated in his complaint. “This was very unprofessional conduct and is against all the rules in the town code of conduct.”

The following are comments from Davis and other Camp Verde residents who spoke against Butner’s Jan. 8 actions during Wednesday’s call to the public.

“This is unprofessional, disgraceful behavior. Ambushing a citizen. If this is their code of ethics, they do not belong on council. They should apologize to George and other members of town council.”

“In the future, if a council member doesn’t want an applicant to be appointed to a commission, he or she can blindside and humiliate the applicant in public at a town council meeting so that the applicant will most likely withdraw their application, thereby eliminating the normal process of having the full town council vote on the applicant.”

“I’m going to double-down on this. I think Mr. Butner should be removed from Camp Verde council.”

“I was appalled by the behavior at the last council meeting. Members of this council have a history of unacceptable behavior. It is hoped that the town will take appropriate steps to ensure that behavior that was seen last week never occurs again.”