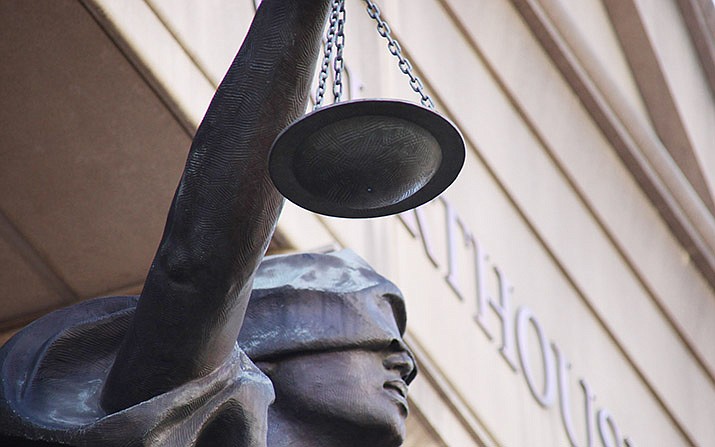 A federal appeals court agreed this week that an Iraqi refugee can be deported after he was convicted in Arizona of aggravated assault, a first-time offense that netted him a sentence of just 48 hours behind bars.

WASHINGTON -- A federal appeals court agreed that an Iraqi refugee can be deported after he was convicted in Arizona of aggravated assault, a first-time offense that netted him a sentence of just 48 hours behind bars.

A three-judge panel of the 9th U.S. Circuit Court of Appeals said Tuesday that Mohammed Mostafa Altayar, 31, committed a “crime involving moral turpitude” in 2014 when he threatened another man with a gun during a dispute and then kicked the man in the head.

The court upheld a Board of Immigration Appeals decision that said Altayar, who was made a legal permanent resident of the U.S. in 2012, was eligible for deportation for committing a crime of moral turpitude.

Attorneys for the Justice Department did not respond to requests for comment on the case, but Altayar’s attorney said Wednesday that he was “deeply shocked and saddened” by the court’s opinion.

“Mohammed is a very good kid, he was defending himself and defending his customer,” said Benjamin Wiesinger, the attorney. “This one split second changed his life forever.”

Court documents say Altayar, who came to the U.S. in 2011, was working at Sandy Smoke Shop in Phoenix on April 13, 2014, and speaking to a customer and friend, Tracie Gomez, when a passerby grabbed Gomez’s buttocks.

Altayar began arguing with the man, identified in the ruling as Erick Villasenor. When Villasenor punched Altayar in the face, Altayar pulled his gun and, with his brother, began chasing Villasenor.

They caught up with him at a nearby Shell gas station where Altayar pointed his gun at two of Villasenor’s friends, who backed away before a smoke shop security guard detained Villasenor. Video from the gas station showed Altayar pointing his gun at Villasenor after he was restrained, then kicking him in the head.

He faced up to 8.75 years for the crime that was called “quite serious in nature as it involved a weapon and a victim.” He was ultimately sentenced to 48 hours in prison, five years of probation, fines and restitution.

Soon thereafter, the Department of Homeland Security started removal proceedings against Altayar for the conviction. His removal was upheld by the Board of Immigration Appeals, sparking the court challenge.

On appeal, Wiesinger argued that the immigration board did not fairly assess Altayar’s intent at the time of the crime or his past actions, citing his character and participation in the Red Crescent humanitarian organization back in Iraq.

“His house was shot up, he was shot at, his father’s building was burned to the ground in Iraq,” Wiesinger told the circuit judges in an October hearing. “He could have become some disenfranchised dissident and joined ISIS. No. What does he do? Join the Red Crescent.”

Wiesinger also argued that Altayar acted recklessly, not with the intent needed to make the assault a crime of moral turpitude.

But in the opinion for the court, Circuit Judge Daniel Bress wrote that the court has found in other cases that the “creation of a substantial, actual risk of imminent death is sufficiently reprehensible, or in terms of our case law, ‘base, vile and depraved.'” That can qualify as a crime involving moral turpitude, “even though no actual harm need occur.”