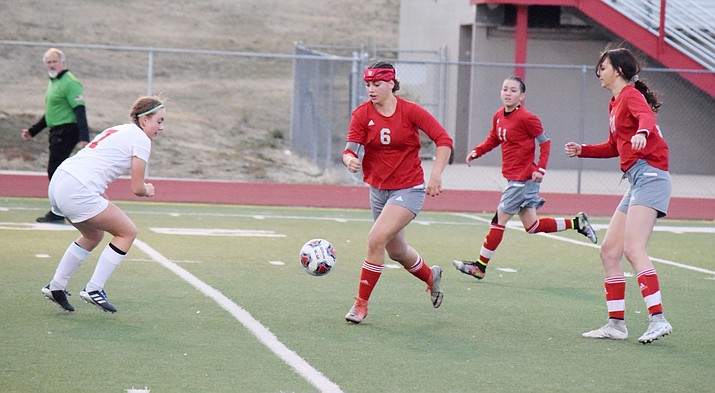 Mingus senior Felicia Bueno plays the ball during the Marauders’ 1-0 win over Chandler Seton Catholic Prep last week. Mingus is No. 5 in the rankings that debuted this week and Seton Catholic are No. 13. VVN/James Kelley 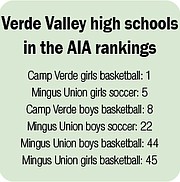 The AIA released their first winter soccer rankings of 2019-20 on Tuesday and both Mingus Union teams were in the top 15.

The girls side was ranked No. 5 and the boys No. 15. As of Thursday’s rankings, the girls are still fifth the boys are No. 22.

The Grand Canyon Region was well represented at the top of the rankings.

Tucson Amphitheater is No. 1 in the boys rankings.

Both the boys and the girls state tournaments are 16 teams, with the top eight starting the postseason directly in the tourney and the region winners getting automatic bids to the postseason. Those ranked ninth through 24 start in the play-in round, with No. 9 through 16 hosting, except for region champions ranked outside the top 16, they would host a play-in game.