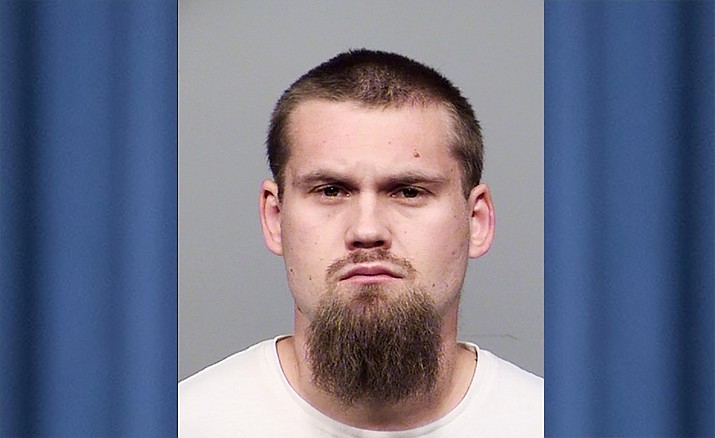 COTTONWOOD — A man who was arrested last weekend and charged with exposing himself to children has also been booked on charges related to possessing child pornography.

Following his Jan. 11 arrest on two felony counts of indecent exposure to a child younger than 15, Cody Shanks, 29, of Cottonwood, was released on a $25,000 bond. Detectives followed up and found Shanks had allegedly downloaded 14 images/videos of children younger than 15, involved in sexually exploitive positions or behavior, according to a report from the Yavapai County Sheriff’s Office.

Detectives booked Shanks on Thursday on 14 counts on sexual exploitation of a minor younger than 15. He was still at the Yavapai County Detention Center on Friday on a $75,000 bond.

Prior to his Jan. 11 arrest, detectives were already reviewing a tip that Shanks may be in possession of child pornography. During an interview with Shanks at the time of his original arrest, he consented to allow detectives access to cell phones and other electronic devices he uses on a regular basis.

A search warrant was obtained, and detectives began a forensic review of the content on these devices. Shanks admitted to downloading and possessing the images.

YCSO had a received a report from the Cottonwood-Oak Creek School District on Dec. 20, 2019, regarding similar activity, which was under investigation. Deputies, based on their knowledge of the patrol area, identified Shanks, who admitted to his actions in front of the children. He refused to explain his motivation.