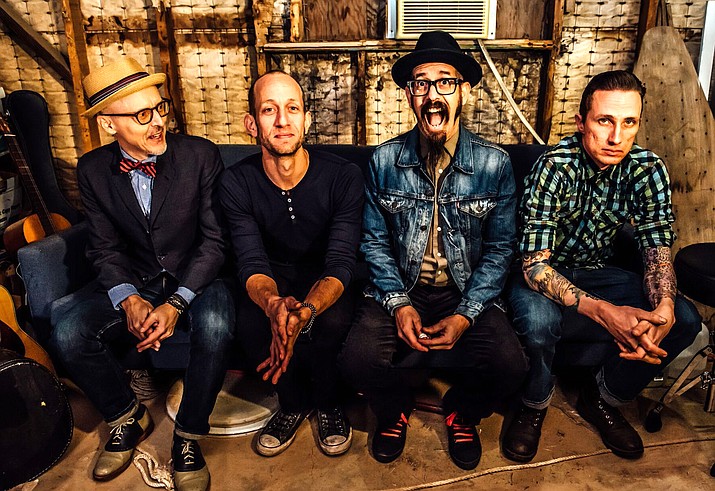 The event will take place regularly on third Fridays at the Brewery’s Yavapai Drive location and feature a vast cross-section of musical genres and bevy of musical artists from the Sedona and the Verde Valley area as well as regional and national acts.

The monthly series will be curated by local songwriter Brandon Decker of the band decker. who has dubbed The Hum, “a monthly concert series and community hang.”

Each month Decker will curate and emcee a lineup of three to four musical acts.

“Obviously the musical landscape of Sedona has shifted considerably, certainly since I moved here 11 years ago. This event is in the spirit of beautiful summer night hangs on the Martini Bar patio, the legendary GumptionFest arts festival, Studio Live, the Cultural Park and the all but lost Bohemian and artistic culture and community in Sedona. I want to bring a taste of that back to the community,” said Decker.

The band, who’ve dubbed their sound “Americana Noir,” has developed a reputation for witnessing to the dark side of human nature with wit, eloquence and vigorous energy, an aesthetic vision which one reviewer described as sounding “like a spooky Old 97s.”

As frontman of Mergence, Bruce became known for his poetic lyrics and vocal prowess, with the band generating significant momentum on the West Coast while also garnering TV and film placements before Bruce left the band to focus on his young family.

He has reemerged with the critically acclaimed album “Sonoran Symphony” - a host of songs written and recorded in a cabin in Arizona with a lineup of Arizona indie rock royalty.