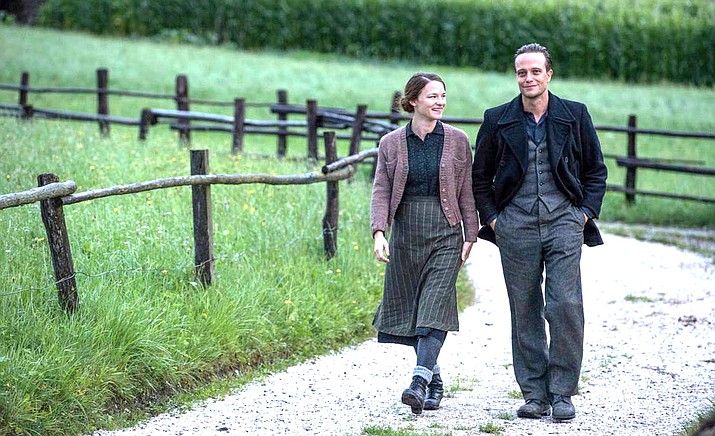 Based on real events, from writer-director Terrence Malick, “A Hidden Life” is the story of an unsung hero, Franz Jägerstätter, who refused to fight for the Nazis in World War II.

The Sedona International Film Festival is proud to present the Sedona premiere of the critically-acclaimed new epic drama “A Hidden Life” Jan. 24-30 at the Mary D. Fisher Theatre.

Based on real events, from writer-director Terrence Malick, “A Hidden Life” is the story of an unsung hero, Franz Jägerstätter, who refused to fight for the Nazis in World War II. When the Austrian peasant farmer is faced with the threat of execution for treason, it is his unwavering faith and his love for his wife Fani and children that keep his spirit alive.

The relationship between Franz and his wife Fani endures. The film portrays their bond as deeply as Franz’s devotion to his cause. At every turn Fani is there for Franz — strong, unfaltering and supportive of his path while raising their daughters and running the farm alone.

Malick’s film draws on actual letters exchanged between Franz and Fani while Jägerstätter was in prison. The story was little known outside of St. Radegund, and might never have been discovered, were it not for the research of Gordon Zahn, an American who visited the village in the 1970s.

“A Hidden Life” is an extraordinary, enduring love story that investigates human reactions and motivations and just how far people will push for their beliefs and conscience. Ultimately, it is a timeless story of devotion, love and forgiveness writ large.