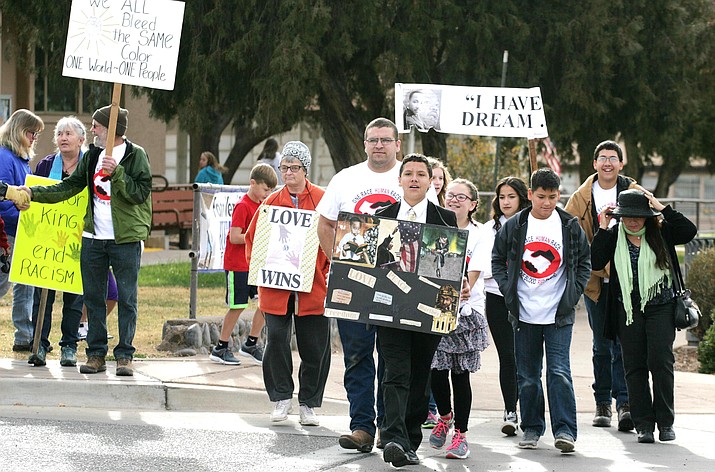 At 11 a.m. Monday, the 14-year-old Camp Verde High School freshman prepares for another remembrance of the civil rights leader, who was slain in Memphis, Tennessee on April 4, 1968.

In 2012, Plante led his first MLK Day march in Camp Verde when he was 6 years of age.

This year’s march will begin at the corner of Main and Hollamon streets in Camp Verde.

After the march, folks are invited to the Camp Verde Community Center gym for a celebration that will include an opening prayer by pastor Yancey Valdez of Camp Verde’s Journey Church.

King had a “conviction that all people, of every color, every tongue, every tribe, every nation, should be able to enjoy the freedoms endowed in every human being as created in the image of God,” Valdez said.

The MLK remembrance will also include a welcome address by Mayor Charlie German, the National Anthem led by the Olive Branch nursing home in Rimrock, and a presentation by the Camp Verde Middle School student council.

According to a copy of his welcome address, German states that with “all that is going on in our world and nation today, I have a dream that we would all just take a deep breath before we explode our frustration and vent our anger.”

“Think of how what we are about to say or do, (is it) going to be a positive impact on those around us? What is the impact going to be for our community?” German asks. “My issue and dream is that we all think of a more positive way in which to bring our concerns forward.”