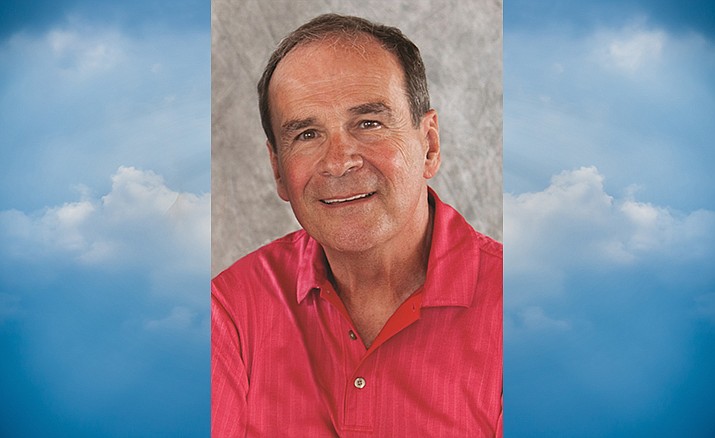 Cottonwood resident, David Cole, age 79, passed away peacefully on January 8, 2020 at Carefree Assisted Living Center in Cottonwood, where he had resided since May 2019 due to Parkinson’s disease and a stroke.

David was born June 11, 1940 in Lansing, Michigan to Clarence Cole and Kathleen (Corr) Cole. He spent his first ten years in Michigan (East Lansing and Romeo) before his family moved to Minnesota (Grand Rapids and St. Paul).

In 1965 he married Susan Brandt from Wisconsin and the couple moved to East Lansing, Michigan, where David joined the faculty of Michigan State University.

In addition to his teaching and research responsibilities, and serving as an advisor to graduate students, he helped create a large leadership development program which included his taking groups of young agricultural businessmen on five-week study tours to developing countries.

Funded by the Kellogg Company through MSU, this leadership program became a role model for many other programs across the United States. During David’s ten years at MSU he was also invited as a visiting professor to Harvard University (Cambridge, Massachusetts) for a year where he taught in the Graduate School of Business.


At age 36, in 1976, he decided to leave the world of academics to try his theories in business. This brought a move to Mankato, Minnesota where he was hired as Director of Marketing at a large grain-milling/animal feed company.

Following this David switched to the Presidency of an engineering/manufacturing firm where he made dramatic changes which increased the company’s profits and size.

In 1982 he decided to follow a life-long dream to start a consulting service aimed at helping businesses create marketing plans and goals. It soon grew into several long-term consulting contracts.

As an off-shoot of this, he and his wife, Susan, also traveled to annual meetings of large companies where they presented workshops on communication skills to create and manage their business goals.

After 31 years in consulting, at age 67, David retired, left Minnesota and permanently moved to Cottonwood. The three communities in which he lived benefited from his kind heart and volunteering efforts.

While in Michigan, he was elected to the town council, where he helped build a plan for better environmental/recreational opportunities – bike paths through the town, more walking trails, better parks.

In Minnesota, he and his wife spent numerous volunteer hours in the school system, helping them build teaching teams, serving on the PTA and presenting ideas to spur long-term growth planning. They received an official commendation from the Governor for their efforts.

After moving to Arizona, David’s volunteer efforts focused on the Osher Lifelong Learning Institute (OLLI) at Yavapai College, where he served on the Leadership Council and taught several of their classes. In addition, he volunteered at the Verde Valley Medical Center.

David was a devoted husband, and able to work as a team in many areas with his wife. He was also an amazing father to his children, encouraging them in their endeavors, showing them unconditional love, and demonstrating life-long lessons.

He is survived by his wife, Susan, of 54 years plus two sons and their wives, Brian and Charlene (who enjoyed a strong father/daughter relationship with David) are parents to Avery and Megan. Andrew and Christina’s children are Brandt and Vance. David is also survived by eight nieces and nephews

A Celebration of Life will be held at 11:00 a.m., February 1st in the chapel at Verde Community Church, 102 S. Willard St, in Cottonwood.

In lieu of flowers, suggested donations can be made to The Parkinson’s Foundation at pmdalliance.org or mailed to 7739 Broadway Blvd, #352, Tucson, AZ 85710; or to Osher Lifelong Learning Institute (OLLI) through the Yavapai College Foundation/OLLI, Sedona Center, 4215 Arts Village Dr., Sedona, AZ 86336. Bueler Funeral Home of Cottonwood is in charge of the arrangements. Condolences may be shared at www.buelerfuneralhome.com.