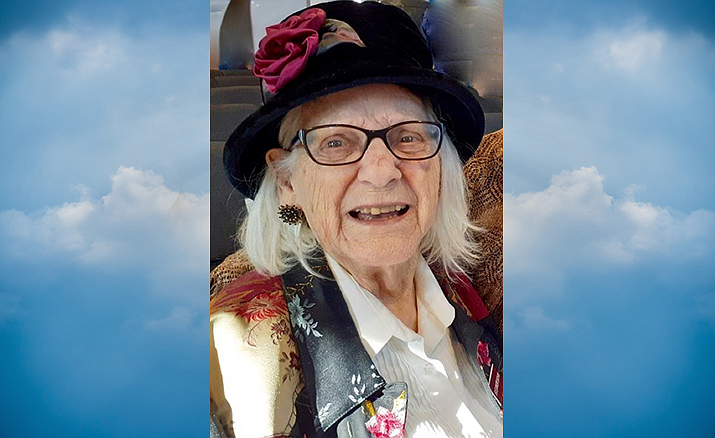 Eleanor B. Bohm was born in Sidney, Montana, November 10, 1926. She spent her childhood on the family farm, but although an amazing adventurer and outdoorswoman, she was not cut out for farming.

She moved to Arizona in the 1940’s for work, after attending a business college in Oregon and sharing an apartment with her brother Harry for a time.

She eventually married George R. Bohm, her husband of 37 years and they opened a gun and sporting goods store (Bohm’s), which operated in Phoenix for 20 some years.


In the early 1960’s she went to work for the Arizona State Government and in her early days there in the secretarial pool, was assigned to Sandra Day O’Connor (later first female Supreme Court Justice).

She eventually was the Assistant Supervisor in the Legislative Council, which produced all the printed material for the floor of the House and the Senate.


She was a life long, very active Lutheran attending Grace Lutheran in Phoenix and Spirit of Joy in Clarkdale. She moved to Cottonwood in 1999 with her daughter, Georgia Brown Braithwaite.

She and husband George had always wanted to retire to Sedona and even though he was gone, when Georgia’s job moved to Cottonwood, that was close enough. She was a wonderful seamstress, sewing clothes and costumes for many lucky family members and friends. She sewed for the Head start program for decades, did fabulous needlework and many other crafting projects, many of which are adored family treasures.


A Celebration of Life Ceremony will be held at Spirit of Joy February 29, 2020, in Clarkdale.