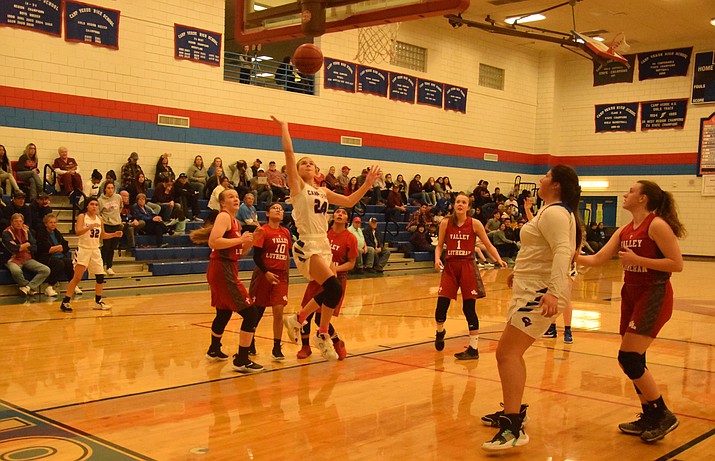 Despite playing their first game away from Verde Valley/Sedona in about a month, Camp Verde High girls basketball kept on rolling on Friday night.

Thanks to some last minute heroics, Mingus Union boys soccer earned a draw at Mohave on Friday night.

The No. 21 Marauders (3-2-1, 0-0-1 Grand Canyon) tied No. 37 Mohave on the road on Friday night after a goal in the last 30 seconds by junior forward Mitchell Cristman, of an assist from senior midfielder Angel De La Cruz.

Junior forward Eduardo Lazaro opened the scoring, assisted by junior forward Domanic Renik. After Mohave tied it up, Lazaro scored his second, with senior midfielder Alan Salgado getting the assist. Then in the second half Mohave tied it at 3-3 and then in the first half of overtime took the lead.

The Marauders return to action on Wednesday when they host No. 33 Prescott at 5 p.m.

Up next for the Marauders is a home game against No. 8 Bradshaw Mountain on Jan. 28.

Camp Verde High boys basketball won their ninth in a row and 12th of their last 13 games on Friday.

The Cowboys held the Spartans to two points in the second quarter, while senior guard

Earlier in the week on Tuesday, the Cowboys beat No. 42 Valley Lutheran 77-31. The Flames did outscore Collier, who had 28. Salas-Zorrilla scored 13.