Camp Verde Equestrian Center to open once facility is safe, meets all codes 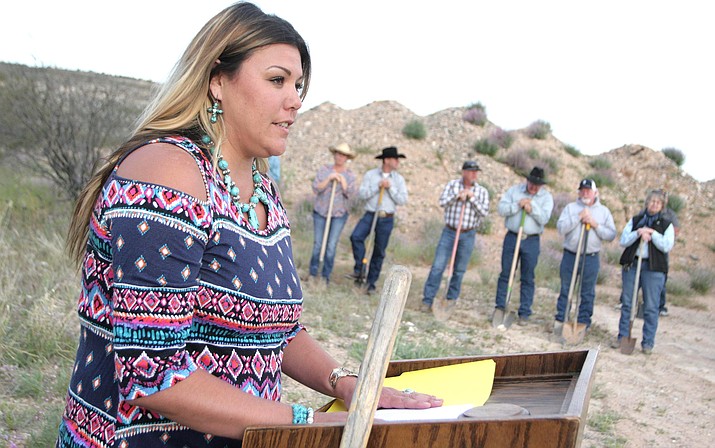 However, the facility, which sits on State Route 260 east of the town’s sports complex will open “once our facility is safe and we meet all codes,” Mary Phelps told the Camp Verde Town Council at its Wednesday, Jan. 15 meeting.

Phelps, the association’s president, admitted that rain the past few months “put a damper” on finalizing work on the equestrian center.

However, workers are “moving in great speed and have got a lot done in a matter of four months,” Phelps said.

Phelps told council that the site’s major excavation and perimeter drainage are complete, and that more than $300K in construction work has been completed.

“We’re pleased with the direction we’re moving,” Phelps said. “We look forward to getting the facility up and running.”

But the association still needs to relocate its main arena and install its second arena, the weekends of Jan. 18-19 and Jan. 25-26, Phelps said. “The public is welcome to come out and help us.”

Anyone interested in donating their time to help with equestrian center projects, or donate money, can email the association at campverdearena@gmail.com.

Work also needs to be completed on the road and parking lot, thanks to crushed millings donated by Yavapai County and Arizona Department of Transportation projects, Phelps said, as well as hauling arena dirt.

“Due to in-kind donated work, as we know, it’s not on our schedule,” Phelps said. “We are at the mercy of their schedule.”