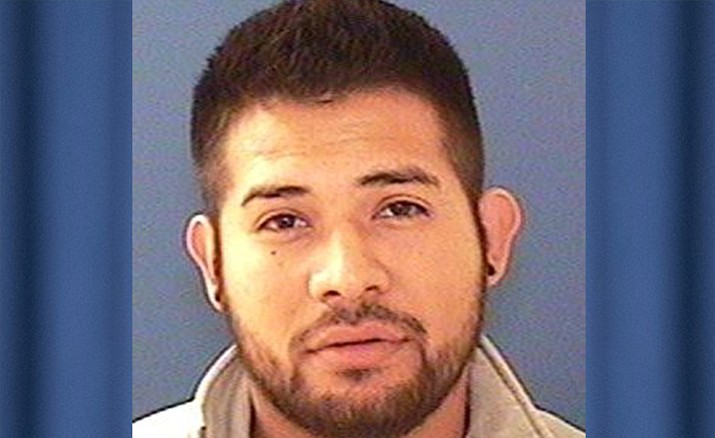 Wednesday, the Marshal’s Office, working in partnership with deputies from the U.S. Marshal’s Service and the Navajo County Task Force, were able to make contact with and arrest Zavalza for an outstanding arrest warrant from Yavapai County for his charges pertaining to this case.

Zavalza allegedly inappropriately touched a 12-year-old female athlete that was under his tutelage.

During the one-month investigation, it was learned that Zavalza might have committed other acts involving a 15-year-old female program participant.

In early January, with information gathered from Yavapai County Silent Witness and community interviews, the Camp Verde Marshal’s Office was able to acquire a possible location for Zavalza.

“Fugitive sex offenders who prey on juveniles are a top priority for the U.S. Marshal's Service. Zavalza, who was a wrestling coach at Camp Verde High School when he allegedly sexually assaulted several students, was arrested ... without incident," said U.S. Marshal David Gonzales. “Zavalza had been on the run for almost two years and had been in Mexico to avoid arrest. Unexpectedly, he recently returned to Camp Verde and as a result of diligent investigative work by the Camp Verde Marshals Office, investigators were able to determine his location."

The Marshal’s Office would like to extend special appreciation to the United States Marshal’s Service for the numerous man-hours and resources they provided over the course of this investigation to assist Camp Verde in locating this fugitive from justice.

If any community members have further information that would be helpful in this investigation, contact the Camp Verde Marshal’s Office at 928-554-8300.