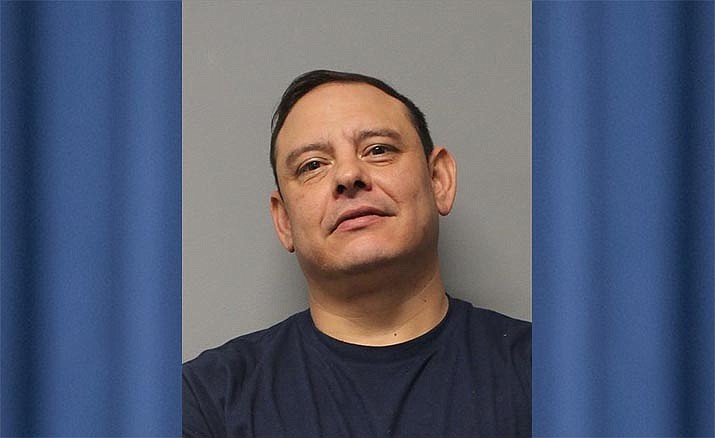 The incident occurred on March 11, 2019, when the victim and Macias had an argument about their relationship at the victim’s Cornville residence, according to a news release from Yavapai County Attorney Sheila Polk’s office.

During the fight, Macias broke the victim’s rear car window, threw a log through a stained-glass window, then entered the residence and caused extensive damage to numerous rooms and items throughout the house, the release stated.

The victim sent a text message to a friend about what was happening, the news release stated. The friend then called 911 on behalf of the victim.

When deputies arrived, they located Macias in the master bedroom under a blanket on the bed, the release stated.

Not only is violence “never acceptable in a relationship,” Yavapai County Attorney Sheila Polk said in the news release that “insults, threats, emotional abuse and sexual coercion all constitute domestic violence.”

According to the news release, Macias faces a minimum 3-year sentence in the Arizona Department of Corrections, with a maximum of 7.5 years due to his prior criminal record.

Macias is set for sentencing at 4 p.m. March 9 before the Honorable Michael R. Bluff, Division 7 of the Yavapai County Superior Court.

Arizona Supreme Court recently established an online web portal for anyone seeking orders of protection to do so in a private environment and to seek that protection from any Arizona court, regardless where the incident occurred.

The new program is called AZPOINT and can be accessed at azpoint.azcourts.gov.