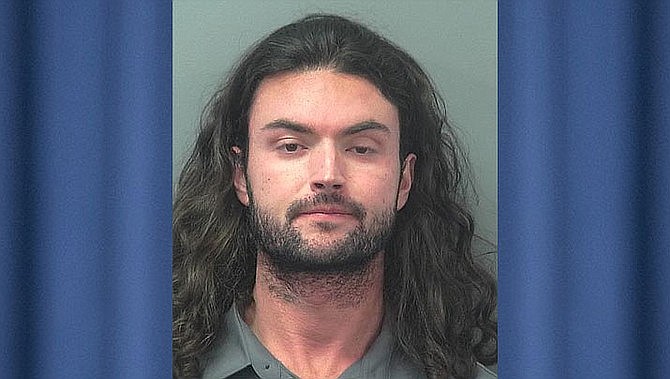 KINGMAN – A Utah man is in jail in Mohave County after sheriff’s deputies found illegal drugs with a street value of $3.7 million during a traffic stop, according to a news release from the Mohave County Sheriff’s Office.

The MCSO said that it located an assortment of drugs including methamphetamine and cocaine on Monday, Jan. 20.

At approximately 3 p.m., deputies conducted a traffic stop on a white sedan near milepost 21 on Interstate 15.

Deputies said the driver of the vehicle, identified as Logan Lewis Pederson, 30, of Sandy, Utah, appeared nervous and would not make eye contact.

A St. George Police Department K-9 was called to assist, and reportedly alerted to the presence of narcotics inside the vehicle. According to law enforcement, the search revealed:

– Six 1-gallon jugs, with a total of 66 pounds, of a liquid substance that field-tested positive for methamphetamine.

– Six bricks of a white, powdery substance weighing a total of 13.2 pounds that field-tested positive for cocaine.

– More than two pounds of a substance that tested positive for MDMA, a synthetic drug.

The estimated street value of the drugs is $3,696,720, according to MCSO. Detectives with the Mohave Area General Narcotics Enforcement Team responded to the location and assisted with the investigation.

He was transported to the Mohave County Adult Detention Facility.