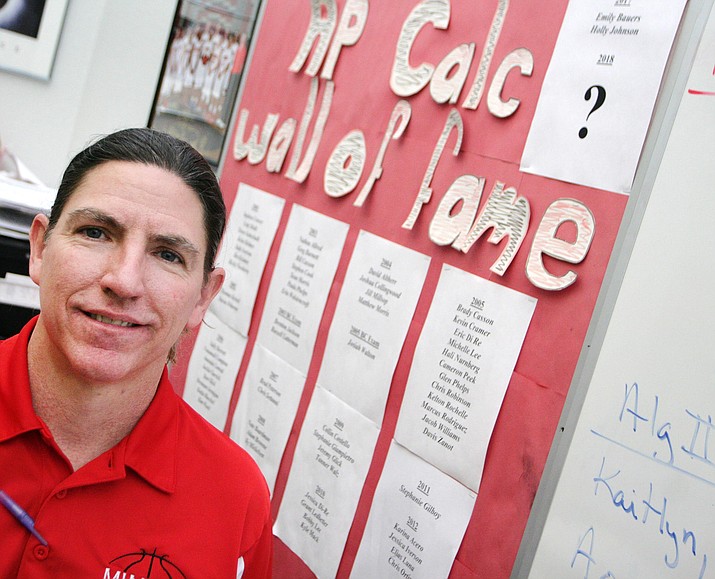 The honor is so prestigious that Mai went told MUHS athletic director Yancey DeVore right away, a seemingly unusual move for the very humble Mai.

“I received a letter from NFHS and I was expecting ‘thank you very much, I really appreciated your nomination and continue and good luck to you’ but when it said ‘congratulations, you’re the Western Region Golf Coach of the Year’ I was thunderstruck I was shocked, I was very pleased,” Mai said.

The NFHS is broken up into eight geographical sections: Northeast, Mideast, South, Central, Midwest, Southwest, West and Northwest. Section 7, the West, is made up of Arizona, California, Hawaii, Nevada and Utah.

“Craig Mai is a well-respected educator and coach,” DeVore said. “He is an integral part of planning and developing golf for northern Arizona and a key influencer on scheduling and tournaments for the Arizona Interscholastic Association. This National Federation of High Schools award is a very unique distinction and encompasses multiple states. We are blessed to have someone with Craig’s stature on our campus and in our community.  He not only excels as a coach, but in the classroom as he was awarded Yavapai County Teacher of the Year as well.”

Arizona had four national coach of the year winners and eight other Section 7 victors.

This is Mai’s 22nd year teaching at Mingus Union, 21st coaching golf, 12th as head coach and he also has coached basketball most of that time.

“He deserved it because he’s a really good coach,” junior Treyson Peters said. “He does good drills with us and makes us work hard.”

Mai, who teaches math, won Yavapai County Teacher of the Year in 2018.

He said it was really rewarding to have won a coach of the year and teacher of the year awards because he finds both so rewarding.

Mai also serves on the AIA’s Golf Advisory Committee, which helps to train coaches, has meetings with the fall and spring coaches and reviews the state tournament sites and helped to set up the girls golf program at Mingus Union.

Peters said Mai has had a big impact on golf in Verde Valley and Arizona.

At Mingus Union, how the golfers behave is important was well, so Mai is excited that opponents and other coaches have praised how the Marauders get along with other golfers.

“They’re a joy to play with and a joy to be around, so I’m very proud of that,” Mai said.

He gives each player individual attention.

“He focuses on individuals a lot and not to say he doesn’t care about the team but he works with you individually to perfect your game,” Peters said.

Mai said the most rewarding part about coaching is seeing the kids grow.

“It’s just to see our student athletes grow and mature over four years of high school and to see what they’re like when they graduate and then see them later,” Mai said. “Especially running into them on the golf course, something that is a life long sport/hobby and see how they’re doing and seeing that that’s still a game that they love and enjoy.”

Bill Helm contributed to this report