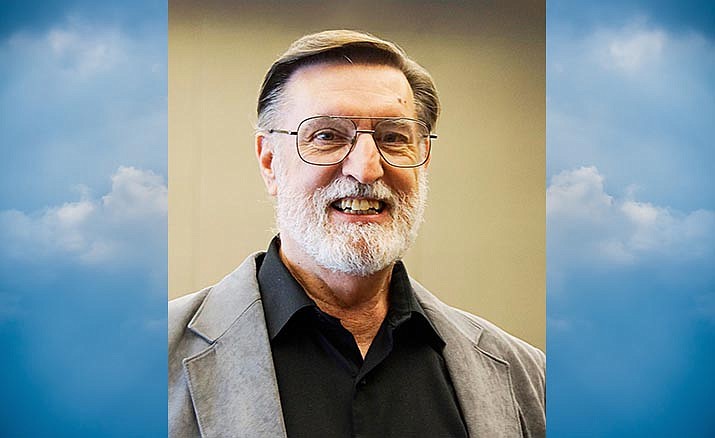 Neal W. Burgers, 75, is now freed from his cancer-ridden body and is singing praises to our God and Savior Jesus.

In the words of one of Neal’s favorite hymns, he “gained the victory” and his faith is now sight.

Neal was born April 11, 1944 to Neal and Wilma Burgers in Sacramento, California when his dad was in the U.S. Army Air Corps, WWII.

Neal lived in Sioux Falls and Mitchell, South Dakota most of his youth. He graduated from Mitchell High Scholl and earned a B.S. degree in Economics at South Dakota State University.

Neal served his country in the Air Force as a Ground Radar Maintenance Officer in Vietnam and was discharged as Captain.

After retiring, Neal moved to Cottonwood, and married his cherished wife, Priscilla.

Neal and Priscilla enjoyed their retirement years extensively traveling the United States and photographing God’s creation. Neal loved preaching and teaching the Word of God and helping people to grow in knowing Jesus Christ as their Savior and Lord.

One of his favorite activities in his later years was hosting karaoke and singing for Christian singles events.

For 10 years, Neal hosted karaoke and sang at the Verde Valley Senior Center in Cottonwood.

Neal valued time that he spent with his children, grandchildren, siblings, and other relatives. Some of his favorite trips were returning to Sioux Falls for family reunions.

In lieu of flowers, a donation to the Gideons Memorial Bible Fund (www.gideons.org) or No Stomach for Cancer (www.nostomachfo cancer.org) would be appreciated.

A service of remembering Neal’s time here on earth and celebrating his eternal life in heaven will be on Sunday, February 2, at 2:00 p.m. at Cottonwood Bible Church, 1020 S. Camino Real, Cottonwood, Ariz.