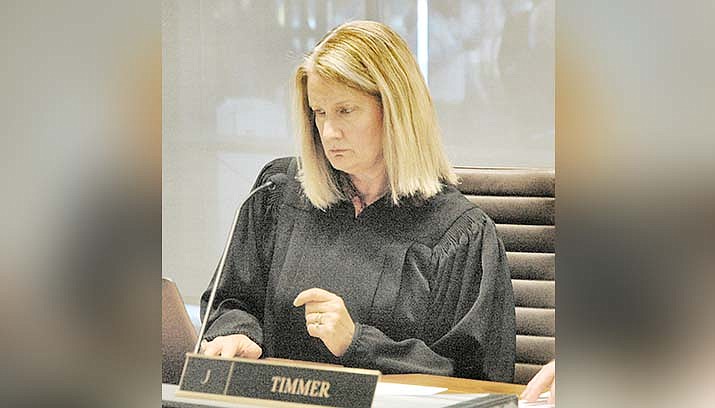 PHOENIX -A divorced man's desire to not be a parent trumps the wishes of his ex-wife to use the embryos they agreed to have frozen in happier times, the Arizona Supreme Court ruled Thursday.

The justices pointed out that Ruby Torres and John Terrell signed a contract with the clinic that was doing in-vitro fertilization saying that, in the event of separation or divorce, the frozen embryos could be used solely with the "express, written consent'' of both parties. And in this case, Terrell said he had no interest in becoming a parent.

What that means is that, pursuant to the terms of the contract, the fertilized embryos will be given to another couple interested in bringing the pregnancy to term.

Thursday's ruling does not set any precedents.

That's because state lawmakers, responding to complaints by Torres, enacted a law two years ago overruling any contract that a couple signs when they decide to have embryos frozen. That law specifically directs the judge to give them to whichever person promises to actually allow them to be born.

But Timmer said that law was not retroactive, meaning Torres cannot use it now to claim possession of the embryos.

Whether that statute is legal remains an open question, as it has yet to be challenged.

Cathi Herrod, president of the Center for Arizona Policy who lobbied for that change in law said she was "heartbroken'' for Torres.

"It’s a sad day that she will not be able to bring her children to birth and raise them as she so desired,'' she said. "I’m hopeful that no other parent will suffer as Ruby is suffering because of the Arizona Legislature’s adoption of a law awarding embryos to the spouse most likely to carry the embryo to birth.''

Torres' attorney, Stanley Murray, said he has not yet had a chance to discuss the ruling with his client. But Murray said he doubts there is an additional avenue of appeal through federal courts given that this case was decided solely on Arizona contract law.

Court records show that Torres was diagnosed in 2014 with bilateral breast cancer, with her oncologist saying she would need to begin chemotherapy within a month. He also told her that treatment would impair her ability to get pregnancy.

Terrell, then her boyfriend, agreed to be the donor after learning she had asked someone else.

An agreement provided by Fertility Treatment Center spelled that any resulting embryo would be their joint property. Both also agreed to a provision that said in the case of divorce that it would be up to a judge to decide whether to allow the embryo to be used to achieve pregnancy or to donate it to another couple.

They subsequently married but petitioned for divorce in 2017. That set the stage for the family court to decide how to divide any property -- including the fertilized eggs.

That judge directed the fertility clinic to donate any remaining embryos to a third party or couple, concluding that Terrell's "right not be to compelled to be a parent outweighed Torres' right to procreate and desire to have a biologically related child.''

The Court of Appeals, in a split ruling, instead chose to balance what the majority said were the interests of both parties. And that, the court said, entitled Torres to do whatever she wants with the fertilized eggs -- even if that could mean that Terrell would be legally responsible for child support.

Timmer, however, said that ignores the plain language in the agreement both signed.

"A 'note' warned that any embryos produced could not be used to produce a pregnancy over the other partner's objection and stated that in the event of a divorce, both parties would have to give 'express, written consent' before one could use the embryos to achieve a pregnancy,'' the justice wrote. She also said another provision signed by both means that after a divorce they agreed to donate the embryos unless they agreed to allow one of them to use them.

And in this case, Terrell did not agree, leaving the court with no choice but to order donation.

"Because (the agreement) unambiguously requires one party's express, contemporaneous permission before the other can use the embryos to achieve a pregnancy after divorce, the family court could not award the embryos to one party against the other's wishes,'' Timmer said. "Thus, the only choice available to the family court ... was donation of the embryos, which did not require contemporaneous consent of the parties."