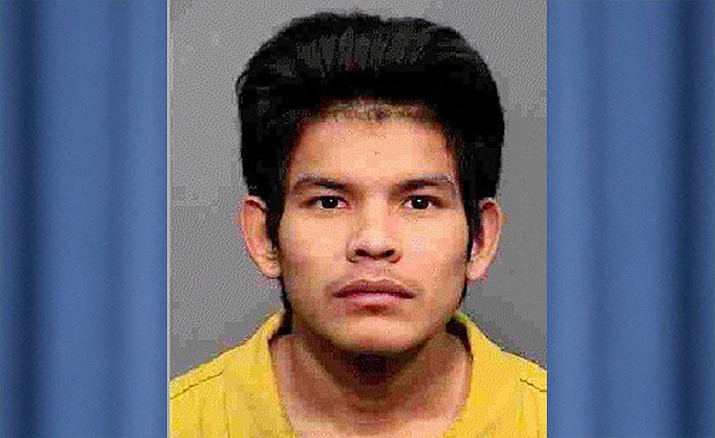 COCONINO COUNTY – An 18-year-old man sought in a sexual assault case in the Kachina Village area was taken into custody in the early-morning hours of Saturday, Jan. 25.

At about 4:30 a.m. Saturday, Jason Gonnie was taken into custody during a Flagstaff Police Department traffic stop at Fourth Street and Highway 66 by FPD officers and Coconino County Sheriff’s Office deputies.

Gonnie was taken into custody without incident and was transported to the Coconino County Detention Facility. He was charged with kidnapping, sex assault, three counts of endangerment, aggravated assault with a deadly weapon, second-degree burglary, possession of marijuana and a probation warrant. Gonnie currently has a $150,000 bond.

The Coconino County Sheriff’s Office thanks FPD, the Arizona Department of Public Safety, the U.S. Marshals’ Office, the media and the public for their assistance in bringing this matter to a peaceful resolution

According to a news release sent out Friday evening, the Coconino County personnel were still searching for Gonnie at that point, despite having surrounded a Kachina Village home where he was suspected to have been hiding.

Shortly after 1 p.m. Thursday, a female victim was able to escape the residence, located on Chof Trail, with her two children after Jason Gonnie, 18, moved to another level of the residence, leaving her alone. Efforts to locate Gonnie are ongoing.

Deputies set up a perimeter around the residence in which the suspect was last seen. Attempts to contact Gonnie through phone and loudspeaker, to no avail.

Detectives found, through investigating the incident, that Gonnie was familiar with the family and the residence. Gonnie is believed to have broken into the lower level of the residence and contacted the victim sometime Wednesday night.

Gonnie remained at the residence until Thursday morning, police allege, at which point, he presented a weapon and refused to allow the victim and children to leave the home.

It was during this time Gonnie reportedly sexually assaulted the victim.