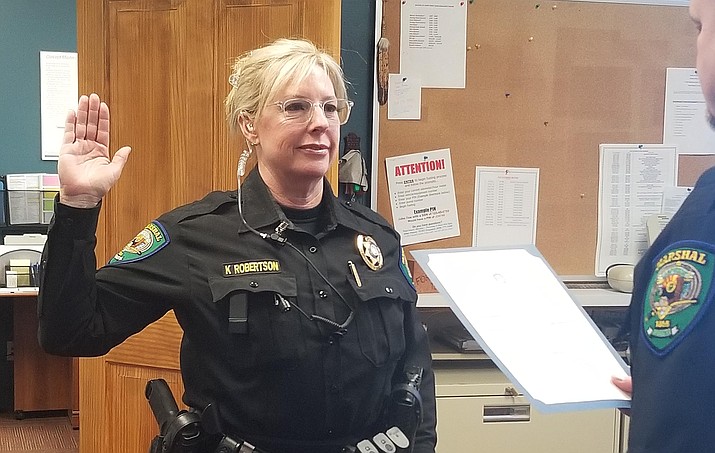 Since November, Robertson has been a reserve with the Camp Verde Marshal’s Office. In that time, the new deputy has shown herself to be “very outgoing, personable and engaging,” Rowley said.

According to Rowley, the training is broken into four-week sessions, each with a different member of the department’s team.

Dep. Oscar Berrelez will be Robertson’s first trainer, Rowley said. While being on the job as a patrol officer, Robertson’s training will familiarize herself with Camp Verde, state law, as well as the department’s equipment, systems – all while handling scenarios all Camp Verde deputies face.

Once Robertson has completed her training, she will circle back to Berrelez to finish the training, Rowley said.

Rowley said that Robertson will work her first shift on Jan. 29.