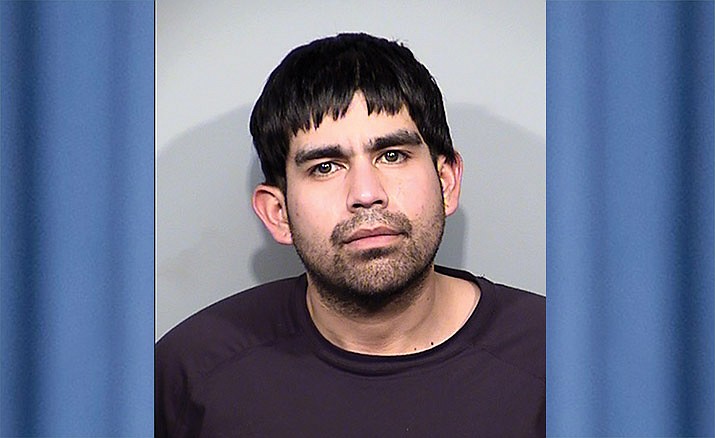 COTTONWOOD — A Tuesday-afternoon traffic stop by a Cottonwood police officer led to a K9 search of a vehicle and an arrest on drug charges, according to a news release.

Jesus Ruiz Hernandez, 24, of Cottonwood, was booked into the Yavapai County Detention Center for possession of dangerous drugs, possession of narcotic drugs and possession of drug paraphernalia — all of which are felonies.

At about 2 p.m. Tuesday, Ruiz Hernandez was stopped for a traffic violation, the release states. During the stop, the officer requested K9 officer Chris Dowell, and his K9 partner, Kratos, to conduct a free-air sniff, because he suspected drugs in the vehicle.

Kratos alerted Dowell to the vehicle and, upon search, Ruiz Hernandez, was found to be in possession of methamphetamine, fentanyl and drug paraphernalia. Cottonwood police did not disclose the quantities of each drug found.

Ruiz Hernandez’s three passengers were released from the scene.