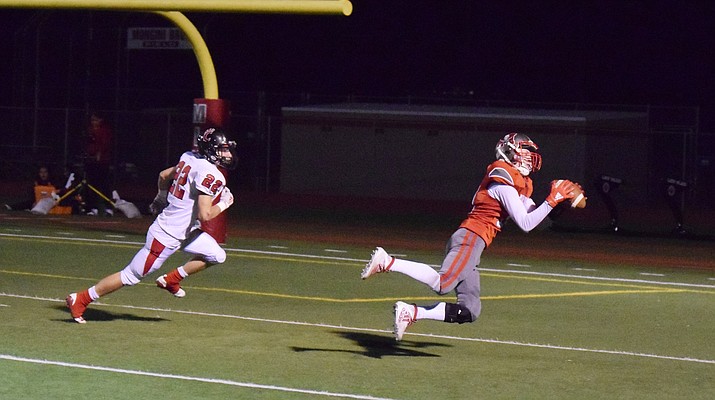 Mingus junior Andrew Nahar catches a touchdown pass against Coconino. In 2020, the Marauders and Coco will be region or section rivals for the eighth straight year. VVN/James Kelley

Mingus Union football will have a new coach in 2020 but they’ll face a familiar set of foes.

On Tuesday the AIA announced the initial regions for 2020 and the Marauders will again be in the 4A Grand Canyon Region. Plus the GCR will contain the same seven teams as it had previously.

Starting in 2020, the AIA is aligning teams into the six football conferences based on on field performance. Every year those conferences will be adjusted, whereas the other sports realign every two years.

The Grand Canyon’s seven teams is the most in 4A and tied for the most with 5A North, 5A West II and 1A West.

The Grand Canyon Region in its current form dates back to 2016.