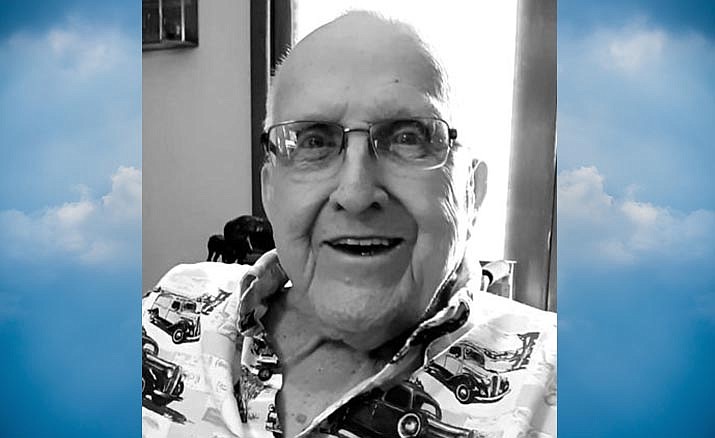 He was born August 19, 1928, in Spokane, Washington, the son of Carl and Siri Stranger.

Bill enjoyed life growing up in the forests of northern Idaho and graduated from Kingston High School in 1946, prior to marrying the love of his life, Jean Bonner, in 1947.

The young couple continued to reside in Idaho’s Silver Valley area until 1962, when they moved with their family to Flagstaff, Arizona.


Flagstaff was growing too large for this small town couple and in 1984, they moved to Cottonwood, where they for several years ran the Village Wardrobe.

Some of Bill’s fondest memories were of the years he and Jean traveled the roads of Wyoming, Montana, and Idaho as owners of Turkey Feather Traders, where they would often take a few days off and practice their passion, stream fishing for “Brookies.”

Bill was a family man above all else. After 67 years of marriage, Bill lost his beloved wife Jean in 2014. His greatest joy in life was spending time with his daughters, Julie Smith (Kermit), Ginger Bates (Bob), Marsha East (Randy), and his extended family.

His family will always be thankful for his bountiful love and his joyful laughter!

Our family would like to express sincere thanks to Carefree Assisted Living Center and Northern Arizona Hospice, whose caring assistance made our Dad’s last days easier during this time of the Covid virus.


A private, family memorial picnic will be held at a later date.

Memorial contributions may be made to Northern Arizona Hospice, 203 S. Candy Lane, Suite 10A, Cottonwood, AZ 86326 or to a charity of your choice.