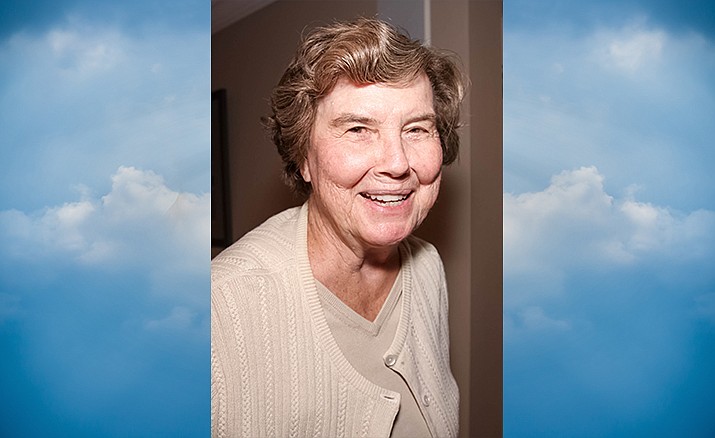 Born in Central America to German missionary parents. She made her way to the US after high school for college. Working hard she became a teacher and moved to California.

She married Ed Cheneweth in June of 1965. They opened and ran three nursing homes in San Diego for over 30 years.

Looking for a better education for her three boys they bought a home in Cottonwood and Ruth began volunteering at the Cottonwood Seventh Day Adventist foodbank.

Because of the people that worked there. Theo, Thelma, Krause and many others, made volunteering such joy.

Ed and Ruth retired from healthcare and seeing a need, purchased property at 654 N. Main Street.

They opened the Non-profit Arizona Food and Family to further expand the food bank operation.

Over the years hundreds of volunteers came and spent time serving the community. As Ruth would say “the best people in the world.”

She and Ed moved to Cornville permanently in the early 2000s. Ed passed in 2006. Ruth would continue to run the foodbank for another 12 years.

Through treatments, she lived a relatively pain-free life for the next three years.

She died in her other home in Coronado, Calif., surrounded by family.

Today the foodbank property is again serving the community through the Verde Valley Homeless Coalition.