Waiting for the Barbarians comes to MDF@Home 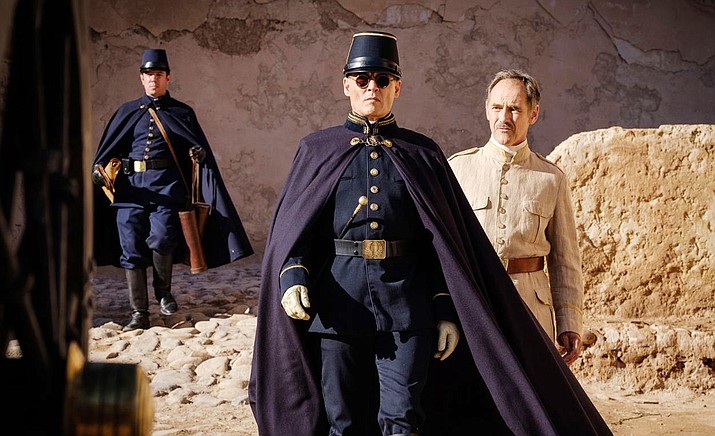 With the Mary D. Fisher Theatre temporarily closed, the Sedona International Film Festival continues “MDF@Home” with “Waiting for the Barbarians.”

WAITING FOR THE BARBARIANS

“Waiting for the Barbarians” stars Johnny Depp, Mark Rylance, Robert Pattinson and Gana Bayarsaikhan and was an official selection of the Venice International Film Festival 2019 where it was nominated for the Golden Lion Best Film Award.

The Magistrate (Mark Rylance) of an isolated frontier settlement on the border of an unnamed empire looks forward to an easy retirement until the arrival of Colonel Joll (Johnny Depp), whose task it is to report on the activities of the ‘barbarians’ and on the security situation on the border.

Joll conducts a series of ruthless interrogations, which leads the Magistrate to question his loyalty to the empire.