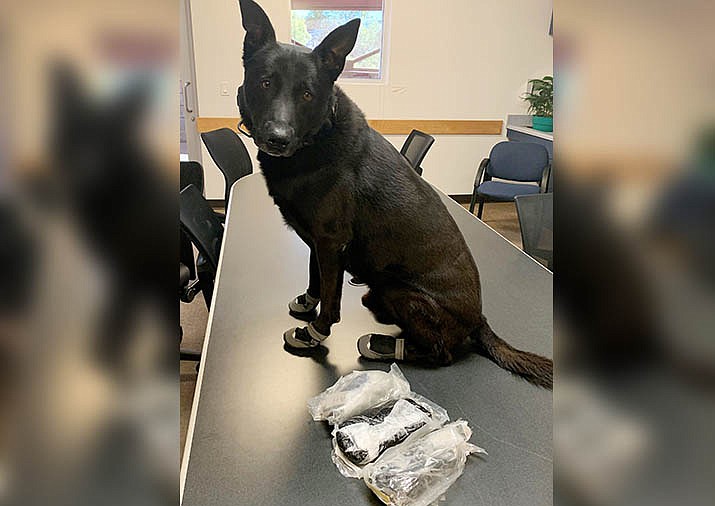 COTTONWOOD - A traffic stop and arrest led to a vehicle search and seizure of narcotics Wednesday afternoon — with the help of the Cottonwood Police Department’s K-9.

Fidel A. Rivera-Leon, 35, of Buckeye, was booked into the Yavapai County Detention Center for possession of narcotic drugs for sale (heroin), possession of drug paraphernalia and possession of marijuana. He remains in jail on a cash-only bond of $150,000. 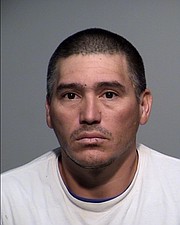 Police say Rivera-Leon had, in his vehicle, a package that contained three pounds, three ounces of a substance believed to be black tar heroin. He also had a usable amount of marijuana.

Cottonwood officers were conducting interdiction operations in the area of I-17 and State Route 169 at about 2:40 p.m. They conducted a traffic stop on a 1999 Chevrolet Silverado for mandatory insurance suspension corresponding to the license plate.

During the stop, the driver and lone occupant, Rivera-Leon, was arrested for failing to produce any type of identification when stopped, which is a misdemeanor.

During the arrest, the department’s K-9, Kratos, was deployed to conduct a narcotics sniff, in which he alerted officers to a part of the vehicle. A subsequent search led investigators to the heroin, which has an estimated street value of $221,000, as well as the marijuana.