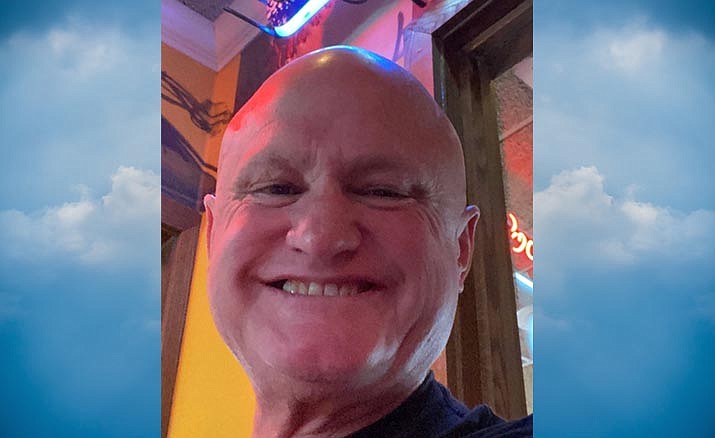 Dale was born to Don “Red” and Darlene Calvert on November 29, 1959, in Cottonwood, Arizona.

He grew up, causing mischief with his brother Doyle, hunting, camping, and dirt bike riding throughout the Verde Valley.

He attended Cottonwood schools, graduating from Mingus Union High School in 1977, where he wrestled and placed second in state his senior year.

Shortly after high school, Dale joined the Southwest Operating Engineers Union. He lived and worked in construction in the Verde Valley, California, and Las Vegas, eventually retiring in Irons, Michigan with his wife, Lori, and their two daughters.

Dale had one of the biggest hearts and always looked out for the underdog throughout his life, often stepping up as a father figure to many, never forgetting to instill a strong will, determination, a love for nature and all things adventure!

He constantly wanted to have fun, and you could be sure to see him sporting a megawatt smile with an infectious laugh! Dale was a driven spirit, always looking to learn, grow and reach new goals, he had his pilots license, then his helicopter license.

Not stopping there, he went on to become SCUBA certified, among many other talents.

He always shared his love for adventure and a strong work ethic with his children (and anyone else that would listen). Anyone who spent any time with Dale surely has fun memories with lots of laughter and excitement.

Most of those memories likely include seeing Dale riding wheelies on his dirt bike, chasing mules around town, hunting, and spending time with one of his “kids.”

At this time a memorial service is not planned. The family will schedule a private get together at a later date.

It was one of Dale’s last wishes that his ashes be spread in the great wild state of Alaska, somewhere he longed to see.