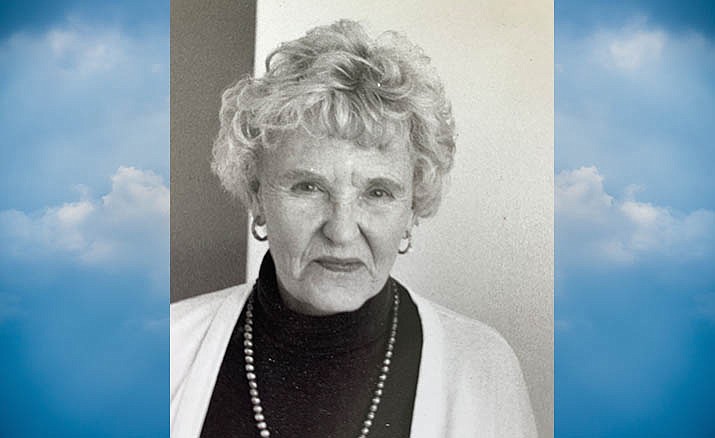 She was born to Alva and Ruth Wade in Missouri in December 1924.

They moved to Sunnyslope Arizona around 1935 after Mary Ruth contracted tuberculosis, which she fully recovered from 2 years later.

She attended Emerson School and North High School in Phoenix then matriculated at University of Arizona in Tucson.

She was preceded in death by her parents and children, Joan (Robertson) Agundez and Richard Robertson.

Mary Ruth was a thespian, educator, toastmaster and strong willed with strong opinions she would share with anyone who knew her.

After getting a BA at ASU and MA at NAU, she taught at Carl Hayden High School in Phoenix. She also taught at High Schools in Illinois, Maine, Iowa, Mississippi and California, where she lived throughout her teaching career.

Teaching her favorite subjects - Speech and Drama - was her passion in life. Her final 33 years she lived in Clarkdale, where she taught part-time at Yavapai Community College and tutored local students before retiring as an Educator due to health concerns.

She always said her preference was to pass away as she taught a class at the lectern. Her family would like to thank the Caregivers and Doctors who assisted in her care over the years.

Final arrangements provided by Horizon Funeral Care in Mesa. A Celebration of Life for her will be planned at a later date.

No flowers or contributions necessary, just remember her and be glad she has slipped the surly bonds of earth because that is what she wanted.