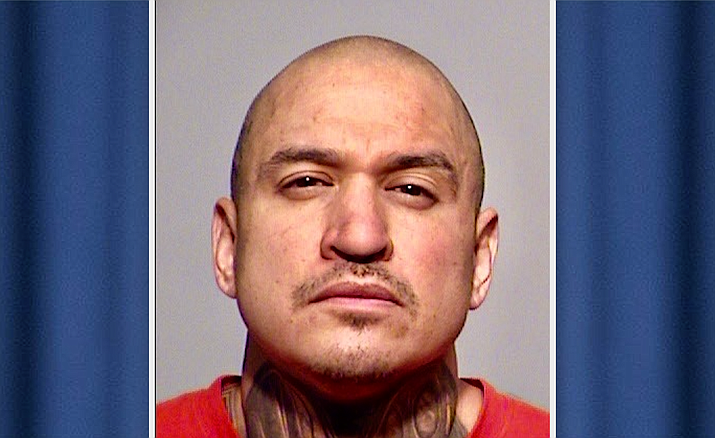 CAMP VERDE - A Friday-afternoon traffic stop and arrest led Cottonwood police officers to the discovery of 367 grams of cocaine in a man’s vehicle.

Friday, at about 3:20 p.m., Cottonwood officers were conducting interdiction operations in the area of I-17 and State Route 260. They conducted a traffic stop on a 2015 Kia Optima for excessive speed.

The Cottonwood Police Department’s K-9, Kratos, was deployed following the arrest to conduct a narcotics sniff. A subsequent search of the vehicle revealed 367 grams of powder cocaine, or about four-fifths of one pound.

Investigators estimate a street value on the Cocaine of $30,000.

There was also allegedly 1.62 ounces of marijuana and $600 in cash in the vehicle. 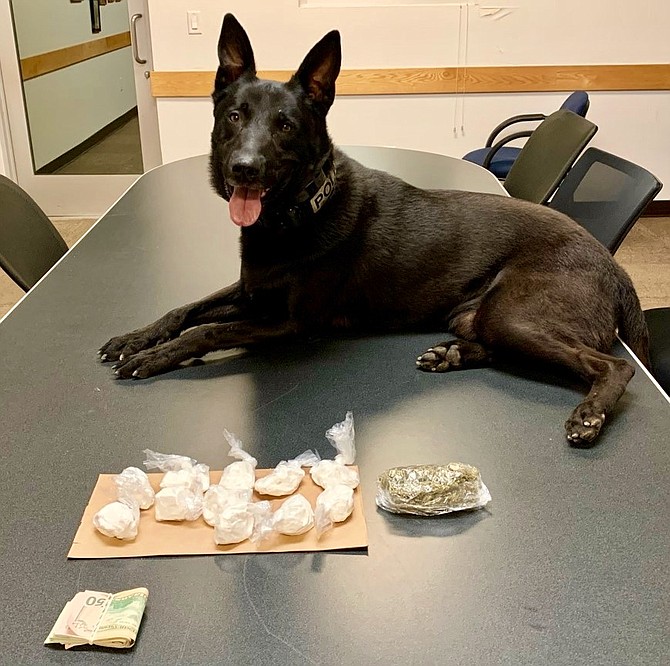 The Cottonwood Police Department’s K-9, Kratos, poses with what appeared to be 367 grams of cocaine seized during a traffic stop and arrest Friday in Camp Verde. Courtesy of Cottonwood PD