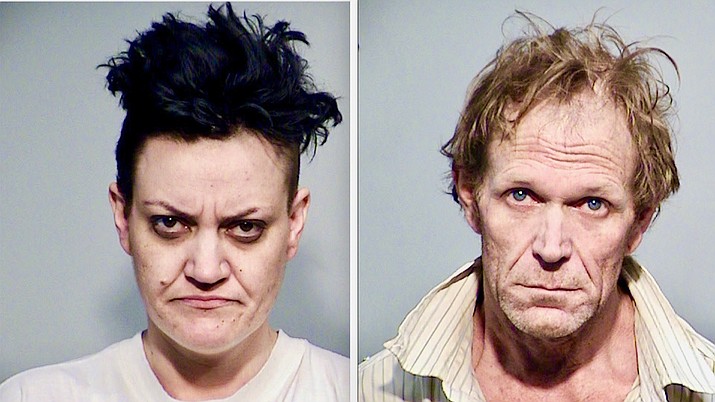 Two people were recently arrested on felony drug charges after a traffic stop that led to search and alleged discovery of 13 grams of methamphetamine.

On July 5, Cottonwood police officers conducted a traffic stop on a blue 1996 Dodge Dakota pickup, based on several moving violations, near South Main Street and East Cherry Street in Cottonwood.

The driver was identified as 52-year old Cottonwood resident Mark Lyons. Officers discovered Lyons was allegedly driving on a suspended license and had no proof of insurance.

There was also a passenger, 35-year old Cottonwood resident, Jacqulyn Nicewander in the vehicle at the time.

The Cottonwood Police Department’s K-9, Kratos, was deployed to conduct a narcotics sniff, and a subsequent search of the vehicle revealed approximately 13 grams of methamphetamine and a usable amount of marijuana.

There were also packaging materials for these drugs located in the vehicle that are indicative to drug sales.

Nicewander was also booked into the Detention Center on possession of dangerous drugs (methamphetamine), drug paraphernalia and a

Both suspects were released from jail