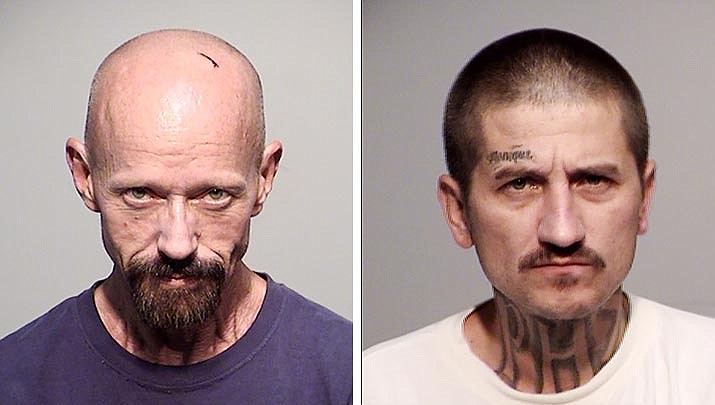 COTTONWOOD – COTTONWOOD – Two men were arrested late Saturday evening for numerous felony charges after Cottonwood police officers responded to a report of several people being threatened with a handgun, according to a report from the Cottonwood Police Department.

Victims told police that Saverino had pointed a handgun at them at the Best Western Cottonwood Inn on South Main Street, and Carns was with him, the report states.

Saverino and Carns fled the area in a vehicle, but officers were able to locate them a short time later.

When police caught up to the pair, Carns was allegedly found to be in possession of a loaded handgun, police said. Saverino, who is a prohibited possessor, is the one who allegedly pointed the gun at the victims. Both were arrested.

Saverino was charged with aggravated assault with a deadly weapon, endangerment, criminal trespassing, disorderly conduct/reckless handling of a weapon and being a prohibited possessor.

Saverino remains in jail on a paper bond of $2,500. Carns is being held without bond.