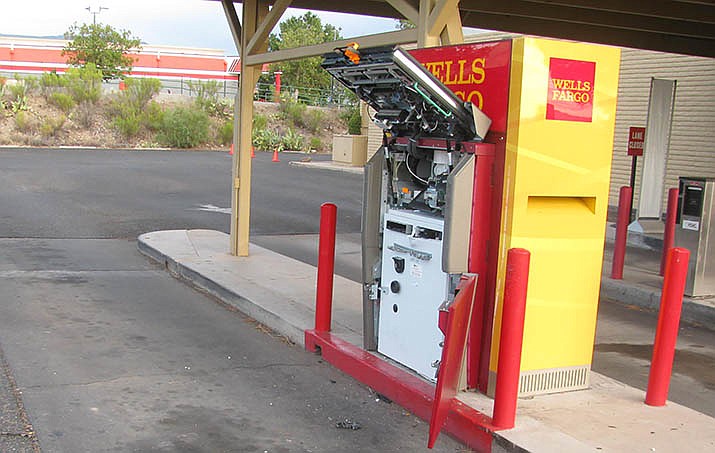 Cottonwood police officers determined a pickup truck found Sunday morning at a residence was used in an attempt to access this ATM at the Wells Fargo Bank at 12th Street and East State Route 89A in Cottonwood. Courtesy of Cottonwood Police Department

COTTONWOOD – Over the weekend, police officers responded to a report of an abandoned vehicle and discovered it been used in an attempt to steal an automated teller machine at a nearby bank, according to the Cottonwood Police Department.

In a news release sent out Wednesday, July 23, Cottonwood police received a call Sunday at about 5:30 a.m. about an abandoned pickup truck left in a driveway in the 800 block of South 12th Street. The resident, who called police, said the engine was still running, police said.

The resident said he found the truck in his driveway, running with a chain hanging from the back, the release states.

Officers determined the truck had been stolen from an address in Cottonwood on Saturday evening. Officers also determined the pickup was used in an attempt to access the ATM at the Wells Fargo Bank at 12th Street and East State Route 89A in Cottonwood, which was unsuccessful, they said.

Other similar trucks in the area were found to have been damaged, where someone had attempted to steal them but were unsuccessful, police said.

Cottonwood Police Department detectives are currently working several leads on this case. Sgt. Chad Sinn said the department is working with Wells Fargo to obtain video surveillance footage from the ATM location, and will contact the media once that footage is available. 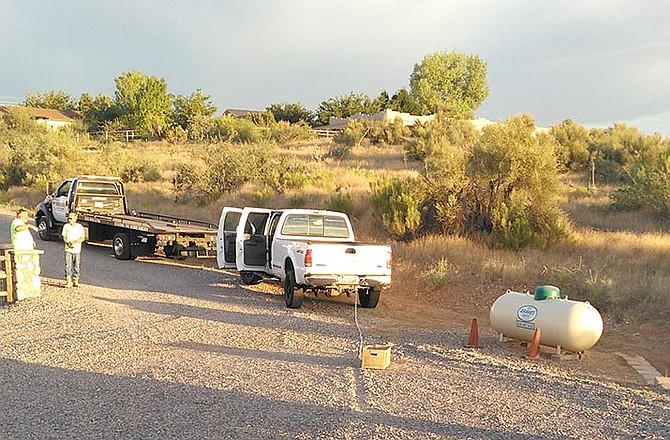