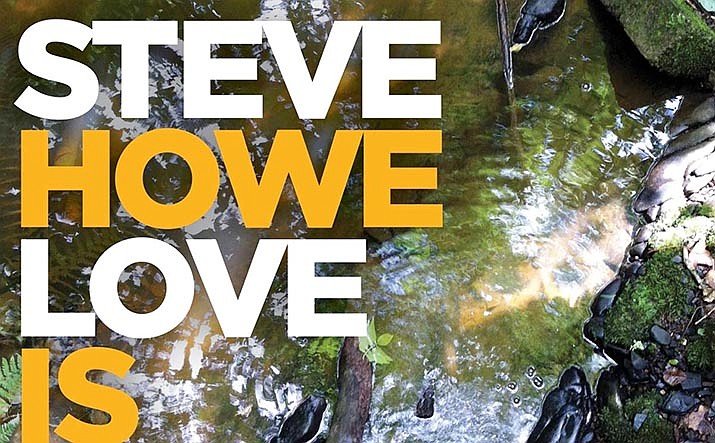 Here are some of the latest music albums becoming available this month.

Besides his solo work, Howe has released more than 50 albums with bands such as Yes and Asia and guest appeared with the likes of the Royal Philharmonic Orchestra, Lou Reed and Queen.

The instrumentals keep a highly progressive rock guitar style to the fore, with songs that explore stories of lives lived and lives only just beginning.

‘Love Is A River’ is the central track, with several textural shifts, featuring a theme played on 12-string and steel guitars. Steve’s son, Dylan, plays drums. Many years in the making, Love Is offers a consistently strong and polished listening experience, forging the very best from the writing and playing throughout.

Tracks include: Fulcrumm See Me Through, Beyond the Call, Love Is a River, Sound Picture, It Ain’t Easy, Pause for Thought, Imagination, The Headlands.

The Psychedelic Furs – Made of Rain

Founded by visionary singer/lyricist Richard Butler and his brother, bassist Tim Butler, The Psychedelic Furs are among the most significant and lasting bands of the post-punk era, their remarkable canon encompassing seven milestone studio albums and such classic singles as We Love You, Sister Europe, Love My Way, The Ghost In You, Pretty In Pink, Heaven, Heartbreak Beat, and All That Money Wants, to name but a few.

Made of Rain sees the band returning to the fray as relevant and original as ever before, fueled by their always innovative sonic approach and Richard Butler’s evocative, masterful songwriting.

Tracks include: The Boy That Invented Rock & Roll, Don’t Believe, You’ll Be Mine, Wrong Train, This’ll Never Be Like Love.

Many of the songs in Indistinct Conversations are framed by snippets of background noises.

The songs begin with recordings of overheard conversations and phone messages. And then Lizzie begins to sing. It is as though she is in the room and we are hearing her inner monologue.

It is a voice-over that has nothing at all to do with what is going on around her.

We are just in the mind of a quiet genius day dreaming.

The voice is so sweet and vulnerable.

There is a nostalgia to the songs, that harkens back to a 1990s melancholia that captured the broken heart of the twentieth century, like that found in the songs Mazzy Starr and Elliot Smith.

But is reminiscent also of the continued struggle of people searching for power and voice when they find themselves forced into the shadows of the inarticulate. It reminds one of an orphaned hero in a novel, lost and absolutely vulnerable, or a chorus girl writing her pensées about bad relationships on a train.

Tracks include: Diaphanous, Love in 2 Stages, Now You Want to Live in the Light.

The New York trio once again proves its matchless technical excellence and breathtaking musical craftsmanship. Small wonder that no other that the ingenious artist and illustrator Zbigniew M. Bielak contributes one of his best creations so far to this magnificent masterpiece.

Singer and Guitarist Zachary says that this new album is the pinnacle of the band’s efforts. “It is the most refined version of our current state of creation.”

The LP also offers a special gimmick: SIDE D (the side that features two bonus tracks) is pressed with a rare “double-groove” feature, i.e. there are two grooves cut side-by-side, so that the listener plays the one cover version or the other - depending on where exactly the needle is placed.

Barely a year after the release of their acclaimed debut album ‘Dogrel’ (which charted Top 10 in the UK, earned a Mercury Prize nomination, Fallon performance, and #1 Album of the Year positions for BBC 6Music and Rough Trade), Fontaines DC have returned with an intensely confident, patient, and complex sophomore album.

A Hero’s Death arrives battered and bruised, albeit beautiful - a heady and philosophical take on the modern world, and its great uncertainty.

Tracks include: I Don’t Belong, Love Is The Main Thing, Televised Mind, A Lucid Dream, You Said, Oh Such A Spring, No.