Bring your ID to vote in Tuesday’s primary 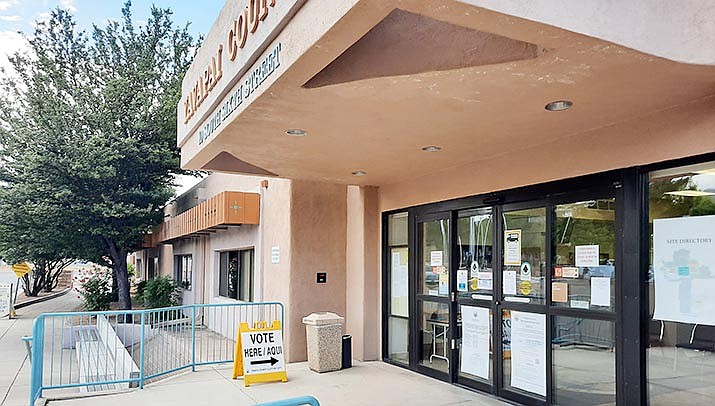 Tuesday is Primary Election Day in Arizona. Know your polling place and bring a photo ID with you if you plan to vote in person Tuesday. VVN/Jason W. Brooks

COTTONWOOD – Even though county election staff members have successfully encouraged a great deal of early voting, there still will be many Verde Valley residents voting in Tuesday’s Arizona Primary in person.

Here are some important things to know about voting Tuesday.

All voting locations will be open from 6 a.m. to 7 p.m. All registered voters are eligible to vote in the 2020 primary election, regardless of party registration, and can vote at any location within their county.

Note that Sedona-area voters must know if they live in Coconino or Yavapai counties.

Voters must bring identification with them to polling locations. If you bring one of the acceptable forms of photo ID, that is the only identification you’ll need.

Identification that doesn’t have a photo, but that bears the name and address or the voter, are acceptable, but two forms are required. Search online for the Arizona Voters Education guide to find the list of acceptable documents, which includes your county’s voter ID card.

Only one candidate for a Verde Valley office has withdrawn. That’s Town of Jerome two-year council member candidate Nikki Check.

Here are the Verde Valley’s poll locations. You can also visit azcleanelections.gov/where-do-i-vote and enter an address to find nearby polls.