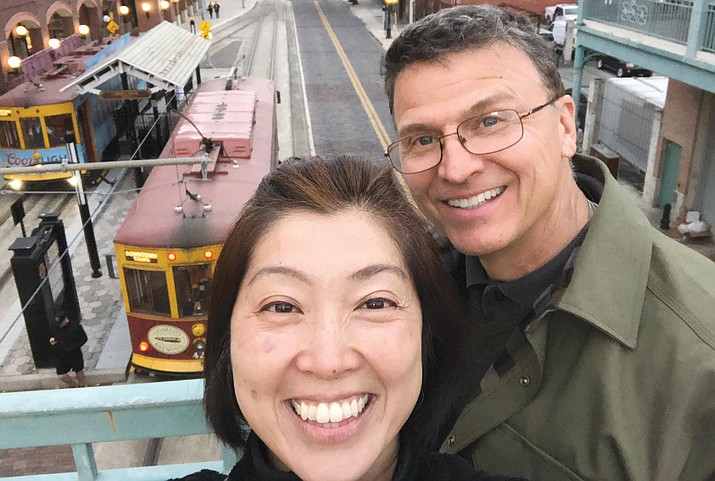 Adrian Guajardo did not hesitate when asked if there was some life lesson or a piece of wisdom he’d like to share.

“I wish I’d gotten into the Bible at a young age," said Guajardo.

Raised on the outskirts of Dover, Delaware, Adrian experienced “a pretty normal life.” His dad retired with over 20 years in the Air Force (and a tour in Viet Nam), beginning a new career in sheet metal. His mom was a homemaker, and very good at it.

Adrian and his older brother grew up skeet shooting in the back yard, playing in the woods and riding bikes. New York City, DC, Philly and Baltimore were so close that his teen years included many trips to places filled with tremendous culture … and art.

Working in museums in the area, Adrian did the graphic artwork, created signage, and designed and generated all the literature, graphics and artwork for major displays. He loved the culture of museums, the people he worked with and being around the ancient artifacts.

While his specialty in art school was painting, Adrian, always looking to expand, sought other mediums for his art and began working part-time in tattoo shops alongside great artists.

Some of his mentors were recognized nationally, their work being highlighted in magazines and other places. “Having a good mentor is everything,” he said. Adrian loved the permanent canvas so much he left the museum world and concentrated full time in the tattoo art world, learning body piercing, too.

Desiring to open his own studio, Adrian looked for a place he would want to live forever. Moving to the VOC he opened his Physical Graffiti in Bell Rock Plaza in ’06; it’s been busy ever since.

A few years ago, he moved his folks (now married almost 65 years) out here to care for them. His new wife, Masako, helps with that, and works as a massage therapist.

Adrian is constantly experimenting with new mediums and new things. He used to rock climb and ride motorcycles. Now it is hiking and reading (he especially likes history). He’s done some gold panning and treasure hunting. He makes knives (which are for sale in his studio).

He recently taught himself to rebind their classic family Bible (it is amazing) and weld (so he could make a metal chiminea – it’s also amazing). He continues to paint (also amazing) and experiment with metal and other medium in his art.