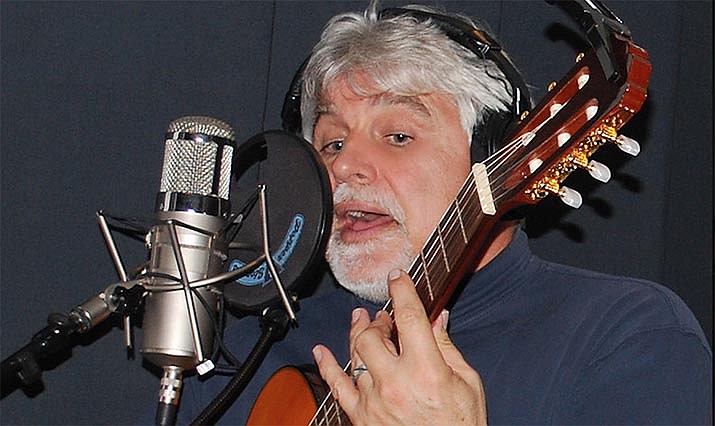 The restaurant will featrure local talents Sammy Davis, Dan Vega and Jerry McFarland over the next few weeks, starting Friday, June 5, with Sammy Davis and friends playing from 6-9 p.m. on the outside patio stage.

This local favorite is a consummate rocker who puts on a show that will get you up off your seat moving and grooving to the funky music of his live performance.

He is flashy, engaging and talented. He is a pleasure to watch perform.

Davis is known throughout Northern Arizona as an energetic singer and entertainer with a style all his own. Once he gets going it’s a high-octane performance from the moment he starts his act to the minute he gets off the stage.

If you like Motown, Rock, American Classics and everything in between, Davis is the go-to musician for you.

McFarland is a consummate professional that has made his mark on the Sedona live-music scene.

He is gifted with a golden voice and virtuoso mastery over his guitar.

He has recorded numerous CDs and has performed with many famous artists including The Righteous Brothers.

A true audience pleaser, McFarland can play just about any song request for music ranging from the 40s to right now.

He is considered one of the best-performing musicians in Sedona and when you hear him once, you will understand why.

Saturday, June 13, troubadour Dan Vega performs from 6 to 9 p.m. on the outside patio stage.

Vega defines what a singer/songwriter should be. Skilled on the guitar and gifted with a golden voice, Vega is one of Sedona’s most sought after musicians.

His rich voice combines with his effortless guitar playing to create a mesmerizing ambiance that pares perfectly with any fine-dining experience.

He is a consummate professional with a great local following who always gives his best at every performance.

Classically trained, his musicianship is impeccable and his stage presence is commanding.

The restaurant is located at 6701 West State Route 89A. For reservations and specific directions to the restaurant visit www.bellavitarestaurant.comor call 928-282-4540.